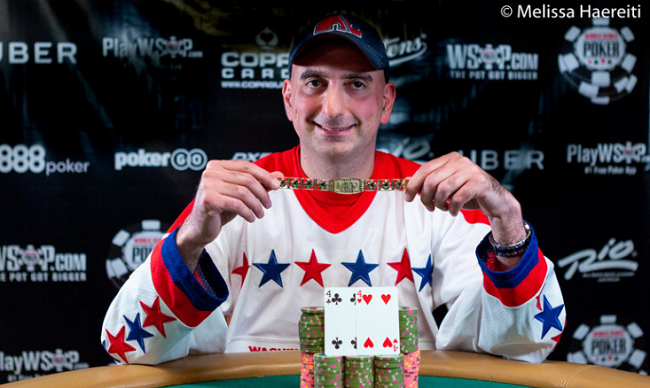 The 2018 World Series of Poker has been a good one for first-time winners. Just some time back, we reported the news of Dutch poker player Ronald Keijman shipping the $3,000 PLO Event and taking home his maiden WSOP gold bracelet. Now, another player completed his dream of winning a gold bracelet.

America’s Yaser Al-Keliddar has been around the live poker circuit since as long as 2004. However, it’s safe to say that 2018 was the most productive year of his poker career, where he made a couple of cashes in the 2018 WSOP, including winning his maiden WSOP gold bracelet.

Portugal’s Joao Vieira and USA’s Barry Greenstein were some of the most experienced players on the final table, but they busted in 8th and 6th respectively, with the final table clearing off pretty quickly. Eventually, Al-Keliddar beat Juha Helppi in heads-up, with his pocket fours beating Helppi’s 10-4 in the final hand.

“I’m relieved because I was tied for the chip lead heading into the day, so to have blown it would have been rough. I had a lot of friends from back home who were really supportive, cheering me on, and that helped a lot. I didn’t want to let anyone down. Apparently, my home casino back in the D.C. area is excited for me, which is great. First bracelet. I wasn’t going to play this thing until an hour and a half before,” Al-Keliddar said after this big win.

Keep reading GutshotMagazine.com for more updates on bracelet winners at the 2018 World Series of Poker.