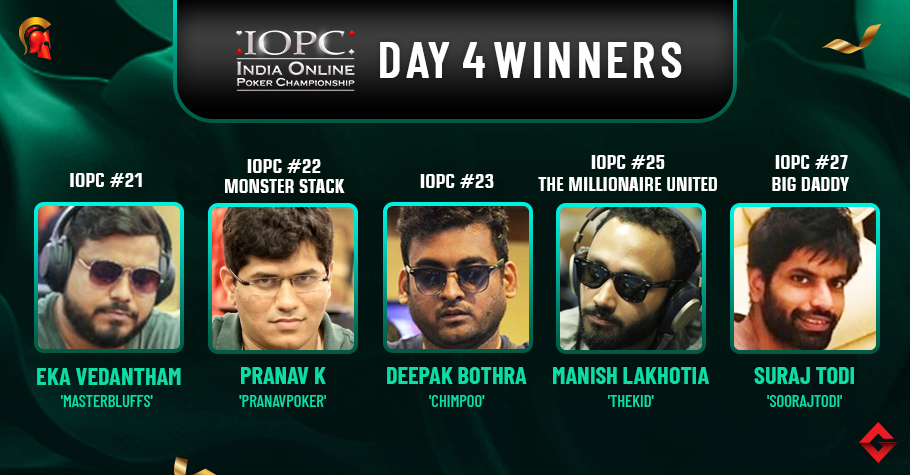 The 18-day long India’s biggest poker festival, the India Online Poker Championship (IOPC) July 2020 edition is underway and Spartan Poker is excited to lay down record breaking tournaments and Millionaire tourneys. Yes, that’s true! Day 4 of the IOPC saw tons of winners taking home big sums of cash prizes and in today’s article we have listed down the champions of Sunday! And here is a quick recap…

The first tourney of the IOPC Day 4 on Spartan Poker was IOPC #20 that recorded 977 entries for INR 550. The advertised guarantee was surpassed, a slice of which belonged to the top 79 players. Dominating ‘Dragon Kewe’ in heads-up with his straight was ‘steamin’ who railed him out in level 52 of the tournament to clinch to the prestigious title.

The buy-in increased to become INR 1,650 at 2 pm tournament that assured INR 6 Lakhs GTD. Pulling in 516 entrants, the top 39 players finished ITM and secured a slice from the INR 7.74 Lakh prize pool. The second event of IOPC Day 3 ended with a 3-way deal and it was Eka Vedantham aka ‘masterbluffs’ who was announced the official winner while ‘Norman Bates’ settled in the second place followed by ‘TheUnicorn’ in the third place.

Circuit reg Pranav Khandalkar aka ‘pranavpoker’ triumphed the third event of the day and grabbed the largest share from the INR 7.37 Lakhs prize pool. The INR 880 buy-in event pulled in 922 entries, who could also register with 176 VIP Points. Top 87 spots received a paycheck of INR 2.2K for their efforts. The event concluded with a 3-way deal that saw ‘kawar’ earning the second place payout while ‘kidpokerrNJ’ captured the third place payout.

Spartan Poker hosted IOPC #23 at 6 pm before the ultimate title of The Millionaire United could be crowned! The buy-in decreased to become INR 1,100 and 737 runners grabbed a seat. The last man standing was Deepak Bothra aka ‘chimpoo’ who outlasted the field after railing out ‘Cassandra’ in heads-up with his higher pair 88 over his opponent’s 77 to clinch to the title!

The popular Sunday flagship event Sunday SuperStack commenced at 8 pm last night. The INR 5,500 buy-in event smashed the guarantee to draw INR 56.25 Lakhs worth prize pool. Adding the top prize to his poker wallet was ‘bhaikyahai’ who knocked out online reg Sajal Gupta aka ‘GoMuckYourself’ in heads-up with his 22 and 10 kicker. Before the champion was announced the top 111 players ended in the money.

After battling for three days, circuit popular Manish Lakhotia aka ‘thekid’ triumphed the ultimate IOPC Millionaire United INR 1.5 Crore GTD, one of the many big tourneys coming your way. The event clocked in 2,155 entries across Day 1A, 1B and 1C. After the money bubble busted, the top 255 players ended up earning a min-cash. Lakhotia knocked out Ramji Kishore aka ‘bluffpolice123’ in heads-up and became the latest champion!

The second last tournament of IOPC Day 3 boasted INR 6.5 Lakhs GTD. After successfully logging in 815 entries, 71 top players seized a share from INR 8.15 worth prize pool. Several long intense hours into the tournament saw ‘moosewala’ topping the field with QQ44 dominating his opponent ‘Himalayann’ in the race to add the IOPC tag to his poker resume.

A successful day ended on an even brighter note, attracting 720 entries to Sunday marquee event Big Daddy INR 12 Lakhs GTD which saw 63 finishers walking out with min-cash. Suraj Todi aka ‘soorajtodi’ rode past the field and clinched to the top prize for his victory. It was in level #46 of the tournament when his straight remained unbeatable by his fellow opponent ‘Hellblazer’ who settled in the runner-up position. For  more updates on the ongoing IOPC series, keep reading GutshotMagazine.com and keep grinding! 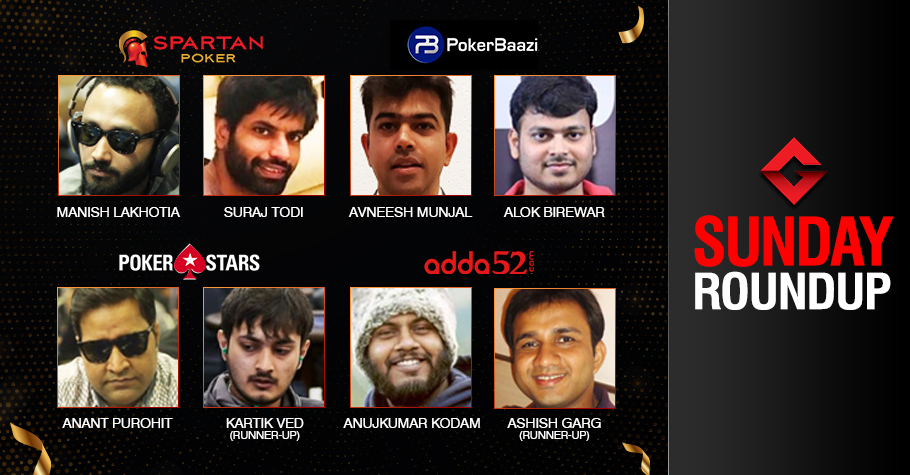 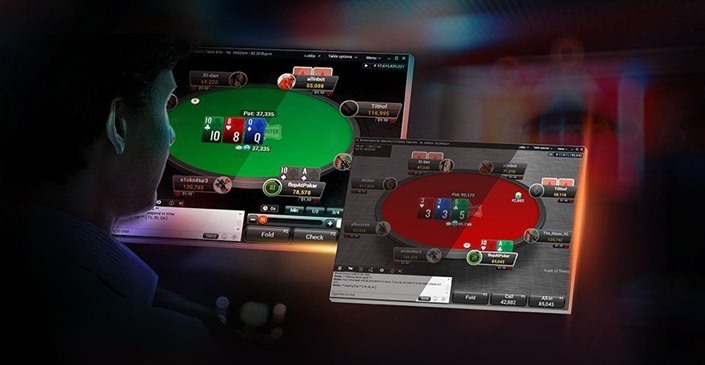 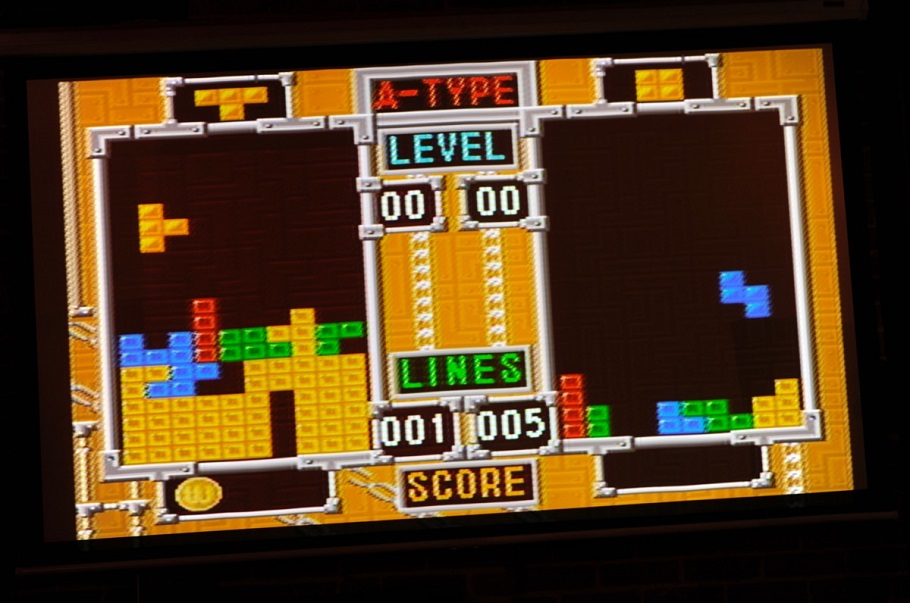