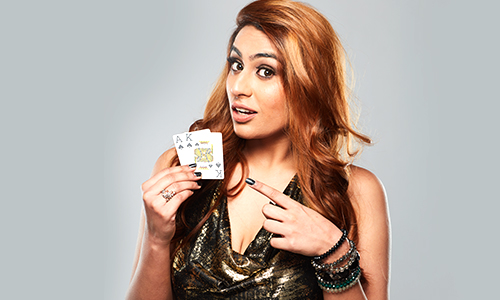 The ongoing India Online Poker Championship (IOPC) has completed its Day 5 and the sixth day is already in full swing at TheSpartanPoker.com. A total of five events took place yesterday and big one of the day was the INR 3,300 Mega Stack tournament which was taken down by Guruprasad ‘gurupoker‘ Gupta. A look at the IOPC Leaderboard shows that there hasn’t been too much movement on the top with ‘GoMuckYourself’ still holding lead and looking to consolidate that in order to win the top prize of a Jeep Compass automobile. Alongside the tournaments, TheSpartanPoker is also running it’s Play Max cash game promotion from 14–22 January where one can win over INR 5 Lakhs for topping that competition. At present, it’s ‘Lalchi14’ leading the Play Max promotion and remember the winner will get a cash prize of INR 2,00,000 and plus the exciting additional prize of a return flight ticket to the poker capital of the world – Las Vegas!

Let’s take a quick round-up of all the events from Day 5:

The Pot-Limit Omaha event was the first event of the day which drew a participation of 361 entries. These entries made a prizepool of INR 180,500. Team Spartan Aces member Amrita Sethi who plays under the moniker ‘AceAmrita’ outlasted these entries to claim the title for INR 41,515. Sethi defeated the mysterious ‘Sensex’ in the final face-off where ‘Sensex’ collected INR 27,887 for the second-place finish.

Delhi based poker player Sethi shared her winning experience with us saying “It feels awesome to win the IOPC Omaha tournament, Omaha has always been the stronger part of my game and I hope to have many more big wins like these. Good Luck.”

The second event of the day was in freezeout format with a No-Limit Texas Hold’em game which is shipped by ‘The Newyorker’ outlasting 277 entries in the tournament. These entries made a prize pool of INR 193,900 which was collected by top 40 places with a min-cash of INR 1,163.

Gupta shared, “TheSpartanPoker is the best platform for tournament poker. The field was quite strong but I have eliminated around 4 to 5 players in the final table. I was running super hot in the tournament. HU battle was toughest as it took a long time to get the title against ‘Nutbuster.’ One of the key hands was the final winning hand 4x 5x suited where I had a strong start and a flush draw on the flop. And I completed flush on the turn and he shoves on my bet on the turn. Easy call and it felt great to win my first IOPC title!”

The last tournament of the day was again a Pot-Limit Omaha event where 414 players make an entry to the tournament doubling the prize pool and making it into INR 10,35,000. The eventual winner was the recent Destiny SnG winner ‘shark attack’ to claim the last event of the day for INR 274,275. ‘shark attack’ defeated none other than Neeraj ‘slowplayaces’ Kumar in the last round of the tournament. Spartan Ace Amrita Sethi once again making a deep finish taking 3rd place in this event and proving that she really enjoys the PLO variant.

Here is the updated leaderboard: 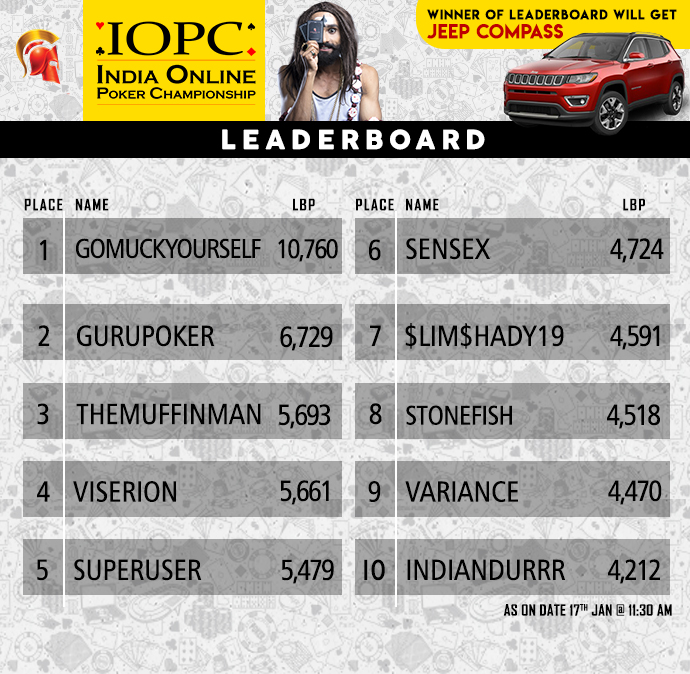