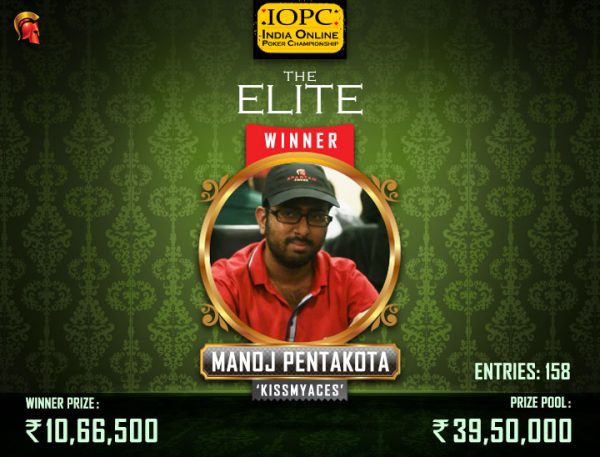 Spartan’s first Millionaire Manoj Pentakota emerged victorious in last night’s ‘The Elite’ HighRoller tournament for INR 10,66,500 in the on-going series of India Online Poker Championship (IOPC) at TheSpartanPoker.com. The series will conclude in just two days, so players, what are you waiting for? The IOPC ledearboard winner will get a mesmerizing Jeep Compass. The other top 9 places will get cash in prize chips over INR 10 Lakhs. Apart from the leaderboard, tomorrow is the last day of IOPC with the biggest guarantee ever Main Event of INR 1,50,00,000 for a buy-in of INR 11,000. Don’t forget to play satellites for the Main Event.

‘BolAuntyAuKya’ shipped the very first event of the day, claiming the title for INR 53,000 outlasting 619 entries. The champion defeated ‘PirateMihawk’ in the heads-up battle who took the second place for INR 32,500.

The Freezeout tournament saw 247 entries which was defeated by professional poker player Nishant ‘FunkyouFTW1’ Sharma for INR 46,375. Mumbai based player Sharma outlasted ‘Tuugi’ in the final battle who collected INR 28,875.

The biggest tournament of the day ‘The Elite’ HighRoller was claimed by none other than Spartan’s first Millionaire Manoj Pentakota for INR 10,66,500. Pentakota outlasted 158 entries in total for the win. He defeated Sahil ‘$lim$hady19’ Chuttani in the final battle of the tournament. Chuttani took home INR 6,22,125 for the second-place finish.

The second last tournament of the day had a big guarantee of INR 10 Lakhs and it saw a participation of 496 entries, making a prize pool of INR 14,88,000. ‘lmamental’ who is none other than Danish Shaikh, claimed his second title in the series. This time he defeated ‘setmeup’ in the last round of the tournament for INR 394,320.

Here is a quick look of the updated leaderboard: 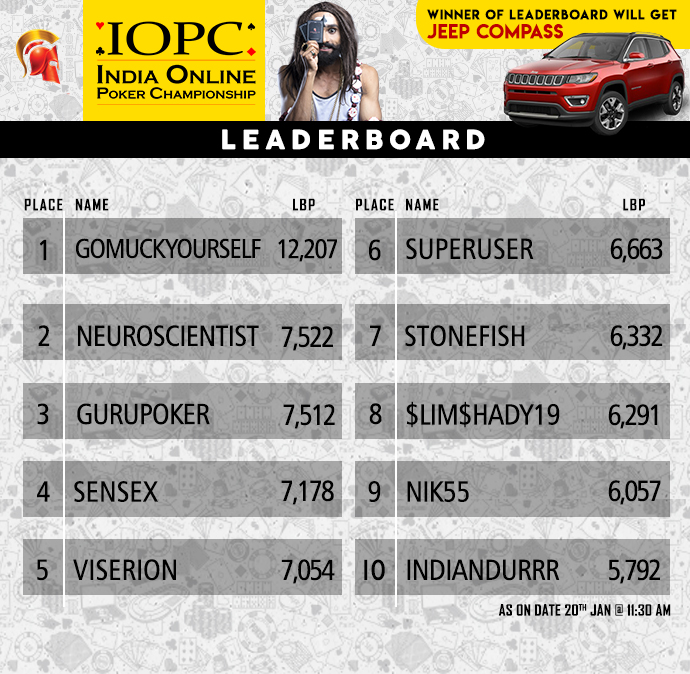