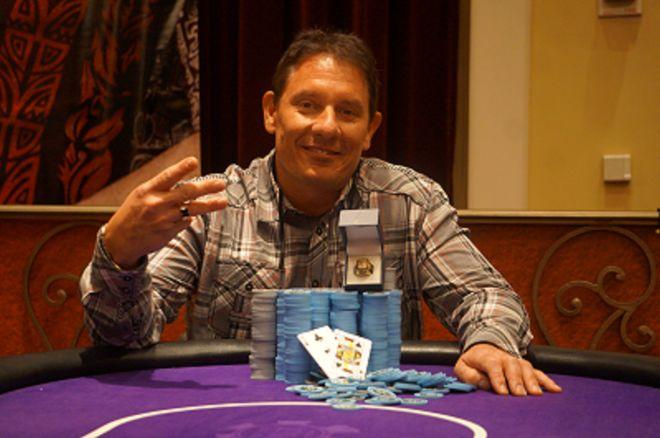 The World Series of Poker (WSOP) holds Circuit events throughout the year and one of the recent stops was at the Harrah’s New Orleans Hotel and Casino, New Orleans. This WSOPC series was scheduled to take place between 10-21 May 2018 and the Main Event was the highlight of the series, played between 18-21 May.

The Main Event had a buy-in of $1,675 and this attracted a massive field of 677 entries that generated a prize pool of $1,015,500. With a poker career spanning a decade, Jerry Monroe topped this massive field to register this third WSOP Circuit victory, taking home the largest share of that prize pool – $208,184 (~INR 1.41 crore).

The 41-year old’s win became the largest of his live poker career, taking his career winnings past the $600k mark and also grabbing one of the last two spots into the Global Casino Championship 2018, which will run between August 7-9, 2018. Monroe beat Darren Martin in heads up and the latter walked away with a career-best live cash as well.

In the final hand, Martin held an impressive pocket aces while Monroe had J-3. The betting continued as the community cards opened J-9-3-6-3, giving Monroe two pairs on the flop and completing a full house on the river, which was too good for Martin’s ace-pair.

“I thought it was a really big uphill battle. I did think it would be me and Darren at the end since he was the most accomplished player out of the 13 that came back today. I felt like it would be me and him when it got down to two and it did end up being me and him,” said Monroe after winning the title.

Keep reading GutshotMagazine.com for more updates on poker tournaments from around the world.