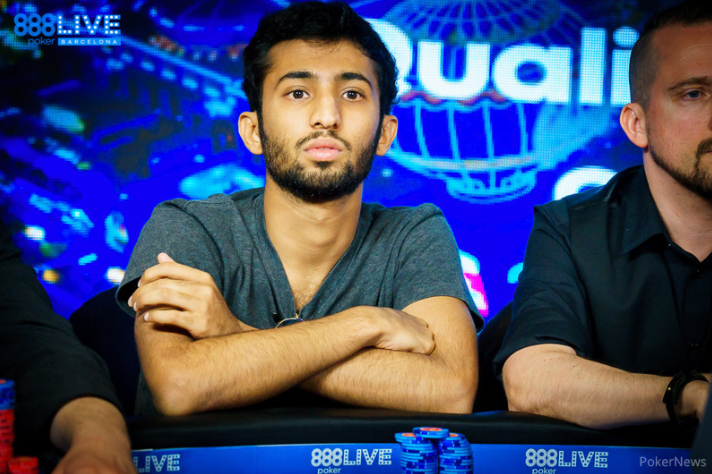 The Indian poker industry is expanding. Now, our players are often travelling to destinations across the world to play in major poker tournaments. The most recent series to kick off is the European Poker Tour (EPT) Barcelona, which has several high-value tournaments scheduled between 20 August – 1 September 2019.

The €1,100 EPT National is always one of the most popular tournaments on the tour and it’s the first major one to kick off here too. Yesterday was Day 1A of the event and the first starting flight attracted a massive field of 1,240 entries, with 17 levels being played through the day. At the end of the night, only 185 players were able to find a bag at Casino Barcelona.

Dutch poker player Dejan Jakovljevic ended as the chip leader at the end of this flight with a massive stack of 915,000 chips ahead of him. We had plenty of Indian players in attendance too, with Joey Saha emerging as one of the top stacks, taking 556,000 chips to Day 2 and rounding up the top 5 stacks of the night.

Saha is someone who has made headlines in the past, having won the Diwali Rush Main Event on PokerStars India last year and then winning the spectacular IOPC Main Event on Spartan Poker earlier this year. In recent times, he seems to have taken a liking to playing in Barcelona, also finishing 9th in the 888poker Barcelona Main Event a couple of months back.

Along with Saha, Indian player Bharath Janardhan also survived the day, taking forward a stack of 114k chips. There were a few other Indian pros like Kavin Shah, Kartik Ved, Sahil Chutani and others who also joined but failed to take a stack forward to Day 2. Day 1B took place simultaneously and you can wait for an update of that flight as well.

For more updates from the EPT Barcelona series, stay tuned to GutshotMagazine.com.

Check out our online poker rooms section, where you can read reviews on the biggest and best poker rooms in the country, while also taking advantage of their bonuses and promotions. Check out these top poker rooms HERE.
Tagged : Barcelona, Bharath Janardhan, EPT, Joey Saha, Live poker