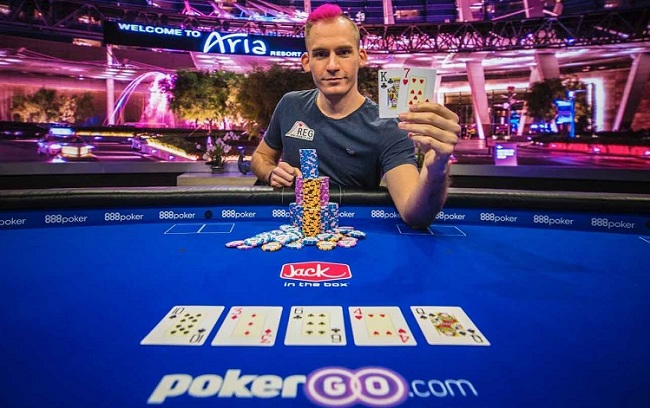 The first ever USPO (US Poker Open) was launched on 1st February 2018, with the intention of finding the best all-round high stakes poker player across the span of 8 events, with buy-ins ranging between $10,000 and $50,000. You can read all about this tournament series here.

The player to have grossed the maximum amount of money during the USPO will take home the US Poker Open Cup, and Justin Bonomo & Mike Gorodinsky have made a good start to the series. Bonomo won Event #1 ($10,500 NLHE) of the USPO, while Gorodinsky won Event #2 ($10,500 PLO).

The opening event of the 2018 US Poker Open was the $10,500 NLHE event, with saw a total of 68 entries including high stakes pros like Phil Hellmuth & Daniel Negreanu. However, neither of them advanced to the final table that was being led by Justin Bonomo.

Bonomo didn’t lose his chip advantage and went on to win this opening event, bagging the top prize of $190,400 and taking his career live earnings to $20,372,670. Bonomo got a good fight from Boutros Nadim, who started the final table right behind Bonomo in chips and ultimately finished second for $136,000.

Event #2 of the 2018 USPO was the $10,500 PLO event and Mike Gorodinsky from San Diego shipped the tournament for $179,200, taking his career live winnings past the $3 million mark. He began the final table third in the chip lead but ultimately won the event, beating a total of 64 entries to secure the title. 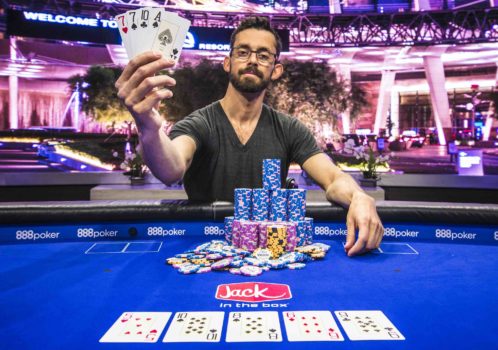 Gorodinsky had a good balance of skilled play and luck, and that’s the perfect combination a poker player needs to win on his/her day. “I feel like I played fine but it’s hard to complain when you have a set every hand,” said Gorodinsky when asked whether he won because of the cards he got or the way he played.

Bonomo and Gorodinsky have both made good starts to USPO 2018 and both will now have their sights set on the US Poker Open Cup. For all updates on this tournament series and its different winners, keep following GutshotMagazine.com!