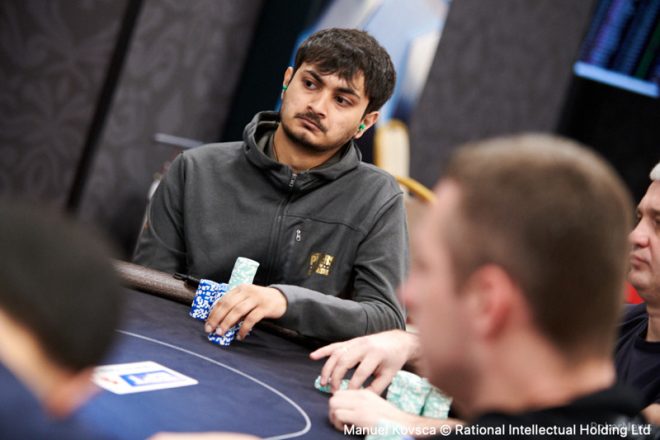 Yesterday, we reported Kartik Ved, one of India’s top pros, on the Final Table of the RUB 77k EPT National at Casino Sochi in Russia for the 2019 EPT Sochi. Ved played extremely well on Day 2 of the event and was 7th in chip counts on the FT.

Ved’s run ended at a good 4th place earlier yesterday, where the Final Table of 8 was playing for the first-place cash prize. He earned RUB 3,059,000 (~INR 32.76 Lakhs) as the fourth-place cash prize. With his finish, India’s flag is soaring at the venue and he has earned high praises from the entire community back home. 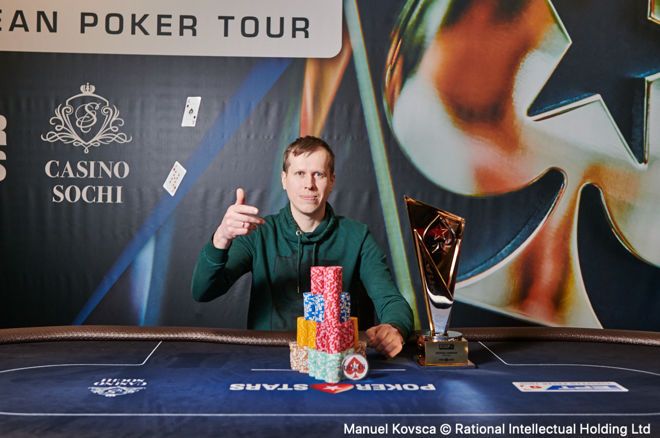 The player to ship the EPT Sochi National was Belarusian Yury Masliankou (pictured above) for RUB 9,317,000 (~INR 99.76 Lakhs). Masliankou earned his biggest live cash this time, bettering his earlier record of $96,025 for finishing 4th in 2016 EPT Eureka Prague HR event. He outlasted a field of 721 total entries to ship the title.

Ved was railed by Russia’s Daniil Lukin at 4th. The hand saw Ved limp-calling a shove from Lukin who was in the big blind position. Ved was ahead with Ace-king, only to get beaten by Lukin’s turned flush with Ace-ten suited. Lukin was busted by the eventual winner at 2nd place and settled for RUB 5,705,000. 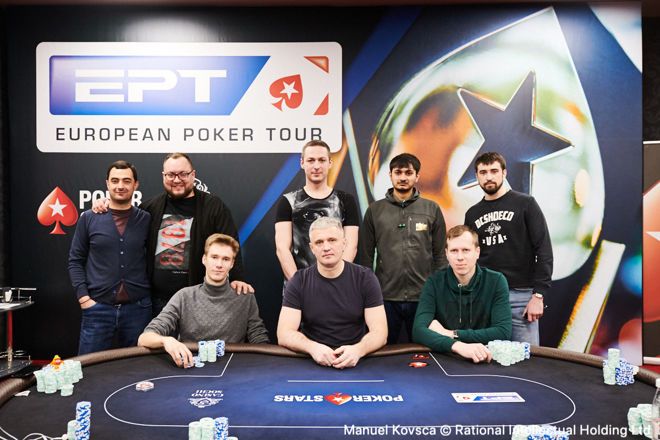 Ved had won a qualifier tournament on PokerStars India and earned the all-expense paid trip to Sochi. He converted his low investment into a great pay-day of over 32 Lakhs, which is surely one of the heaviest feathers in his cap. He has showcased his impressive live skills once again and will be looking forward to continuing the trend and making headlines in other such live events in coming months.

As we speak, the EPT Sochi RUB 191,800 Main Event Day 1B is underway and Aditya Sushant is leading in chip counts after after two levels. Ved has carried fowrad his top form and has already progressed to ME Day 2 from 1A yesterday.

Keep reading GutshotMagazine.com for more such tournament roundups and for general poker news from around the world.