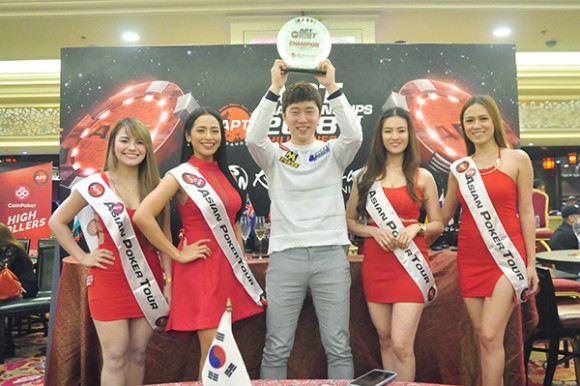 We have reached the end of the 2018 APT Philippines Championships II, which was the Asian Poker Tour’s second stop of the year at Manila. Across the last couple of weeks, we saw a number of side events taking place, along with the Main Event and the Championships Event.

Well guess what? The dominance continued on Day 4 of the tournament, where he didn’t lose his lead even once and was never in danger of being knocked out of the tournament. He beat the rest of the competition and was flawless on the final day, winning his maiden APT Championships Event and this was a well-deserved win.

He bagged PHP 2,819,900 (~INR 37.72 lakh) in prize money after beating Singapore’s Si Yang Phua in heads-up. The battle began with Yohwan ahead with 5.7 million chips over Phua’s 3 million. Phua made a valiant effort but eventually, Lim’s pocket Tens turned out better than his KQ, which won him the tournament.

The APT Philippines series then came to an end and Filipino local Lester Edoc turned out to win the APT Player of the Series award, thanks mostly to his Main Event victory. Lim Yohwan finished second in this race. Keep reading GutshotMagazine.com for more updates on Indian and Asian poker tournaments.