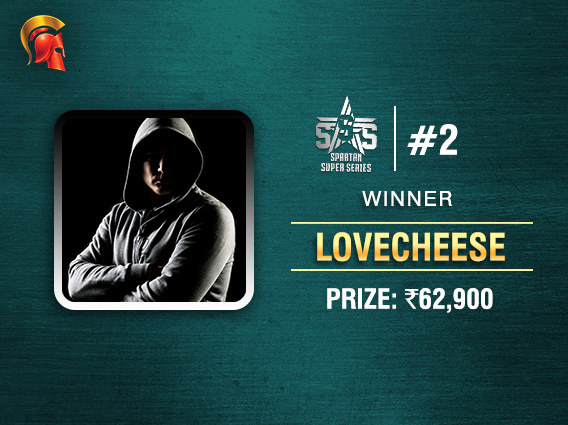 ‘LoveCheese’ defeated ‘mmonas’ in the heads-up battle who collected INR 42,500 for the second place finish. The heads-up opponents had LoveCheese: [Kh Jc] and mmonas: [Ac 4c]. After posting blinds the pre-flop action saw an all-in by both the players to see the showdown. The board ran 4s 3h 6s 8h Kd gave a pair of Kings to ‘LoveCheese’ and the title.

The Day 2 of the series is scheduled with many high value tournaments where there is Tuesday featured tournament Mega Stack with 17L GTD for a buy-in of INR 4,400 where a player also has a chance to win iPhone XS from The Spartan Poker. Also, this month’s Millionaire is also a part of SSS in the form of Main Event with 1 CR GTD with a buy-in of INR 7,700 where a player who takes a maximum entry will get iPhone XS.