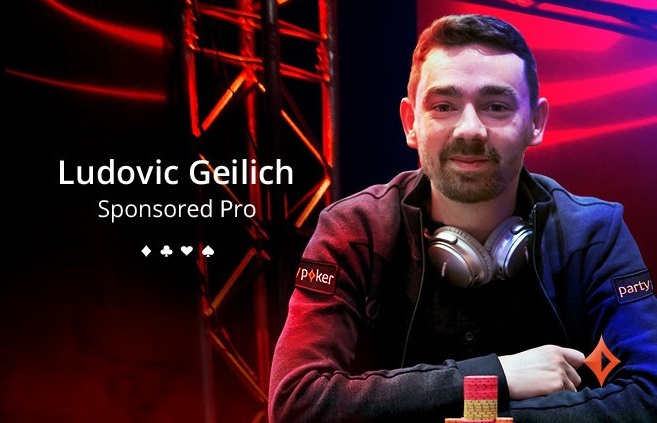 partypoker is one of the world’s biggest poker companies, always competing with the likes of PokerStars, 888poker and others. Since the last year or so, they’ve been continuously adding new global ambassadors to their team, such as Bertrand Grospellier, Philipp Gruissem, Isaac Haxton and others.

Adding to their ever-growing team, the company has now gone ahead and signed poker pro Ludovic Geilich, who is #3 on Scotland’s all-time earnings list, with over $2 million in live poker earnings. partypoker already have the #1 English player (Sam Trickett) and the #1 Welsh player (Roberto Romanello) in their team.

Most would’ve expected them to sign the #1 Scottish player, Niall Farrell as well. However, that was not the case. They signed Geilich, who has had considerable success in the live and online poker space, while also winning the €1K partypoker LIVE Millions Grand Final Open in Barcelona (April 2018) for €250k.

The player had a few cashes in this year’s WSOP as well, including a best cash of around $43k for finishing 259th in the WSOP 2018 Main Event. The 30-year old will now be looking forward to this latest assignment of wearing the partypoker patch and endorsing the brand which aims at being the best in the world someday. He will be seen in action later in the year at the partypoker LIVE Caribbean Poker Party, scheduled for November.

“I am really excited about joining the partypoker team. partypoker are making huge waves in the international poker scene and are constantly striving to look after the player,” said Geilich. He also calls himself a PLO specialist and will help the company expand their PLO games. He further said, “I am really looking forward to representing such a forward-thinking brand and working with them to increase their current online PLO offering!”

Keep reading GutshotMagazine.com for more poker updates from across the globe.