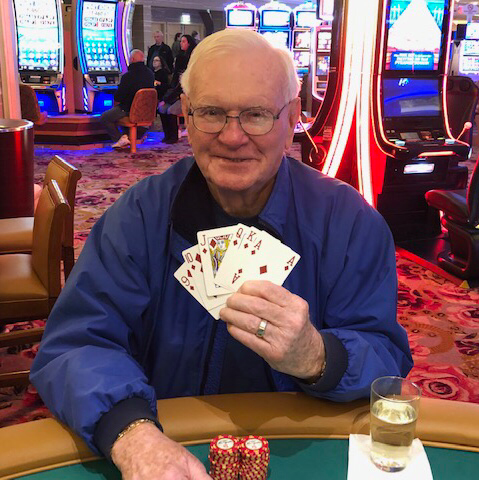 Man converts $5 into $1M at Borgata

In a recent Facebook post, Borgata Casino in Atlantic City, reported that a man, identified only as ‘Harold M’ “bet $5.00 on the Three Card Poker ‘6 Card Bonus’ bet and hit a 6 card Royal Straight Flush of Diamonds for a $1,000,000 win.”

The Lakewood native created a milestone in the history of the 15-year operations of the Borgata, which started in 2003. According to the casino, the winner was dealt a 10, a Queen and the Ace of Diamonds, while the dealer held a 9, Jack and the King of Diamonds, which gave the man a six-card Royal Flush of Diamonds.

Beating such astronomical odds, Christmas for Harold M. came pretty early. The life changing amount will be a huge deal for him as his staggering return of investment surely wasn’t expected even in his wildest dreams. A few comments in the Facebook post suggest that the winner is of modest means. After his win, he was congratulated by saying that its his lucky day, to which he replied in negative, saying yesterday was his lucky day because his wife was declared cancer free.

The internet has gone crazy and comments congratulating him for his awesome win and good nature are overflowing on the original Facebook post. This Christmas will be his most memorable of all time, and this uplifting news has spread the Christmas magic all over the world.

Keep reading GutshotMagazine.com for similar news stories as well as general poker news from around the world.