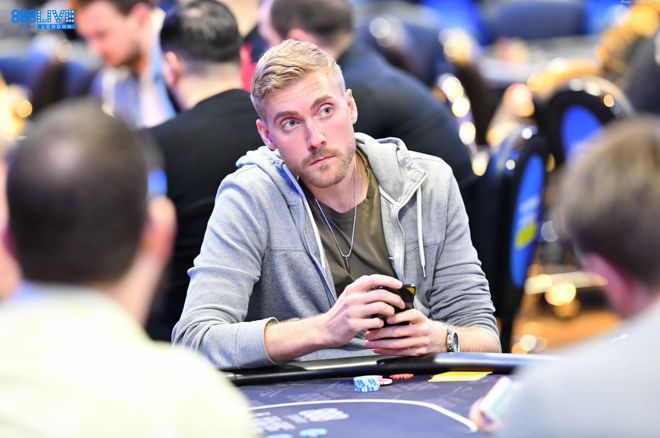 The World Poker Tour (WPT) Five Diamond World Poker Classic began at the Bellagio Casino in Las Vegas on 29th November. The festival will run till 15th December and has a total of 30 action-packed tournaments lined-up to suit players of all pockets.

One of the featured events of the series was the Bellagio $25K High Roller #1, which was played on December 8. The high-stakes tournament attracted a total of 42 entries, creating a $1,050,000 prize pool. Top 6 players were to be paid out from this prize pool.

All of the final 6 players at the Final Table were from USA, except one – the German poker pro Manig Loeser. The lone-wolf from Germany delivered a fatal blow to his suited opponents and shipped the whole tournament, taking home $321,300 (~INR 2.3 Crores) – 30.6% of the prize pool.

This staggering amount still makes it his 5th largest live earning. His previous big wins include the 3rd place finish at 2017 Triton Poker SHR in Macau, the runners-up finish at one of the events in 2018 Aussie Millions, NLH SHR 3rd place at PokerStars Championship Macau in 2017, and the biggest win of his career being the 1st place at 2017 Triton Poker SHR series Main Event in Montenegro for a monumental amount of $2,162,644.

This win comes less than a week after he finished runner-up in the 888poker LIVE London Super High Roller for $22,978, losing to England’s Ian Hunter. It also adds a significant amount to his already brimming total live earnings of over $8.5 million.

The WPT Five Diamond $10,000 Main Event is also happening simultaneously. The event drew 1001 entries (178 survivors left), making it the largest turnout in the tournament’s history (812 from the previous season). Stay tuned to GutshotMagazine.com for swift updates on the Main Event and other tournaments happening around the world.