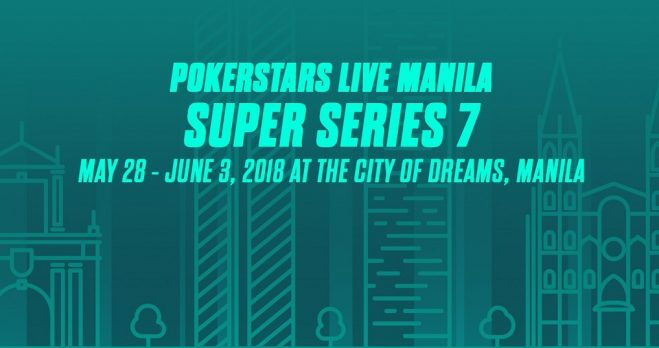 Poker in Asia is on a rapid rise and even though the situation in China is unclear with the ban on all forms of social poker, tournaments in the rest of Asia have been unaffected. Currently, there is the Asia Poker League taking place in Vietnam, where a couple of Indians have already claimed titles.

At the same time, the Manila Super Series 7 has also kicked off at the PokerStars Live poker room, in City of Dreams Manila, Philippines. The series is scheduled to take place between 28 May and 3 June 2018 and it will feature a PHP 10,000 Main Event, which is set to be the highlight of the series.

Online qualifiers began on the PokerStars website before the live series began, and participation from top Asian poker pros is expected. You can get the full schedule of the Manila Super Series 7 here. The series kicked off with a PHP 1 million GTD warm up event, which saw 84 entries on Day 1a, with more flights set to take place today.

Here’s today’s schedule for Day 2 of the series:

The series doesn’t feature any High Roller event, so the PHP 10,000 Main Event will be the highest buy-in of the series. Due to successful events in the past, PokerStars LIVE has already scheduled Manila Super Series 8 and Manila Super Series 9 for July and November respectively, and we expect the participation to only grow in the months to come.

Keep reading GutshotMagazine.com for more updates on poker tournaments from Asia and other parts of the world.