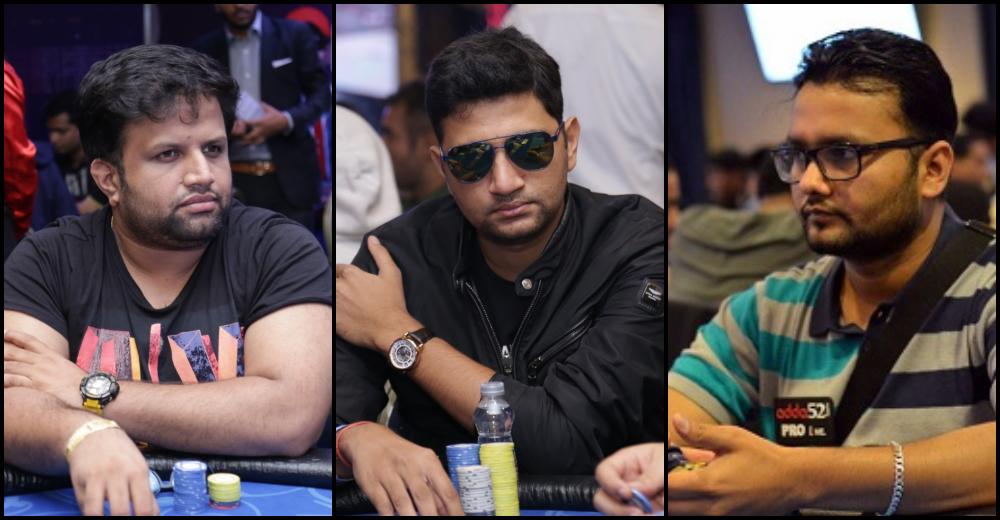 The Deltin Poker Tournament (DPT) is currently the most talked-about event in the Indian poker circuit with a few major tournaments being lined up between 31 July – 5 August 2019. Right now, the 35k Main Event is underway and four starting flights took place over the last few days, with a total of 152 survivors moving on to Day 2 of the tournament.

Day 1A was the first starting flight to take place and Manoj PM ended as the chip leader on this flight with a stack of 284,300 chips. A total field of 130 entries were registered on this day and from them, 38 players survived to move on to Day 2, with Manoj in the lead and Sunil Shah close behind him with 213,100 chips.

Day 1B was the next starting flight to kick off and this flight saw a smaller field of 58 entries registering on the day, with a taxi strike in Goa being the reason for the low turnout at the venue. From them, 24 players survived the day and leading them was Shashank Mengade with a stack of 147,500 chips.

Close behind him is Gaurav Sood who has 146,400 chips, fresh off a runner-up finish at a PLO Event in APT Vietnam last month. Plenty of other known names were in contention and some of them to progress were Adda52 Pro Kunal Patni (96k), Gaurav Kalra (95k), Vivek Rughani (89k), Eka Vedantham (83k), Myron Pereira (78k), Pranay Chawla (68k), and others.

Again, 13 levels of play were scheduled for Day 1C and on this particular starting flight, we witnessed a field of 141 entries, from which 49 players managed to survive and bag their chips to resume on Day 2. Rajnish Kumar ended as the chip leader with 198,900 chips.

The fourth and final flight saw 117 entries registering and from them, 41 progressed to Day 2. Quite a few notables were in the field and the player to take a massive chip lead was Tarun Goyal who survived the day with a stack of 293,200 chips, followed by Deepak Singh who had 210,000. Other known players progressing were Jayjit Ray (163k), Vikram Kumar (116k), Tathagata Sengupta (72k), Abhishek Gindi (47k), Zarvan Tumboli (36k) and HR winner Nikunj Jhunjhunwala (22k).

For more updates on Day 2 of the DPT Main Event, stay tuned to GutshotMagazine.com.

Don’t have an account on Adda52 as yet? You can check out their review page before joining their platform, and could soon become the next winner of any of their top tournaments. You can also sign-up HERE.
Tagged : DPT, Goa, Live poker, Rajnish Kumar, Shashank Mengade, Tarun Goyal