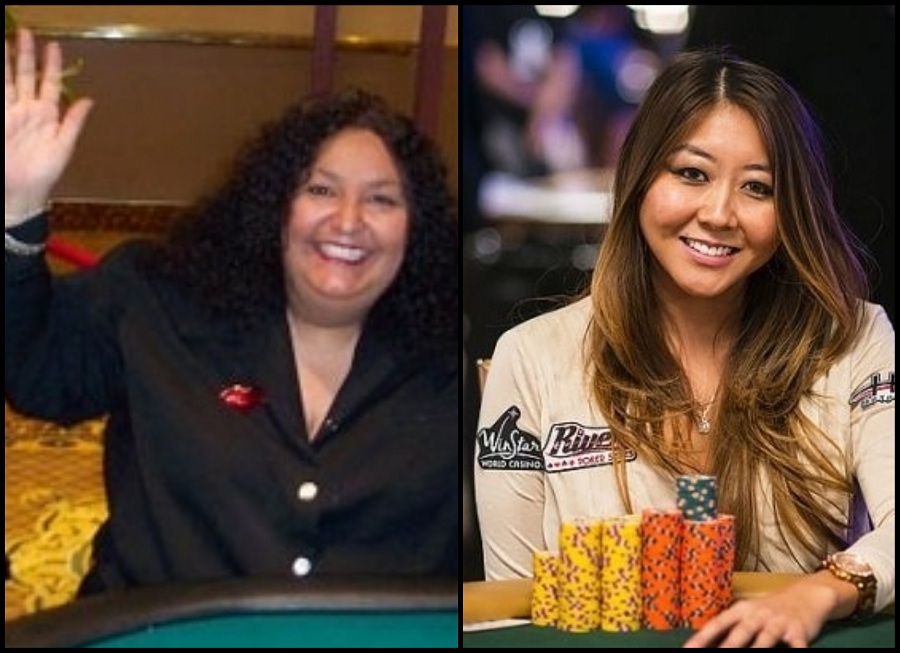 Maria Ho: A 35-year old Taiwanese poker player who has also been a television personality and show host. With nearly $3 million in live poker winnings, she is highly ranked as one of the top female poker players ever. In the 2007 WSOP Main Event, she was the highest ranked woman player, placing 38th out of 6,358 players and earning a $237,865 payday. Her highest live cash came in a 2011 WSOP event, where she finished 2nd for $540,020.

Lupe Soto: Born in 1958 in California, Soto Lupe was a professional therapist and social services administrator, until she gave it up to enter the computer world where she discovered online poker. Though she never had a lot of experience playing live poker, she went on to found the Ladies International Poker Series (LIPS) and several other women’s poker programs.

In a recent development, both of these highly influential women poker players have been inducted into the 2018 Women in Poker Hall of Fame. The organization’s motto is “Celebrating excellence, contribution and performance,” and these two women have fit these parameters perfectly.

Since the inception of the Women in Poker Hall of Fame in 2008, there have been a total of 17 inductees, and these two women will officially join the Hall of Fame on 26th June in a ceremony that will take place at the WiPHoF Luncheon Celebration & Induction, in the Orleans Casino in Las Vegas.

The two were delighted on being selected for this honour. “I am so excited to be included amongst these amazing women,” said Soto. Ho also expressed her excitement, saying, “Wow! What wonderful news to receive! I am honestly incredibly shocked and beyond honored to hear this.”

The criteria to be inducted into the Women in Poker Hall of Fame:

For more information about the Women in Poker Hall of Fame, visit their website. Also, keep following GutshotMagazine.com for similar poker updates!