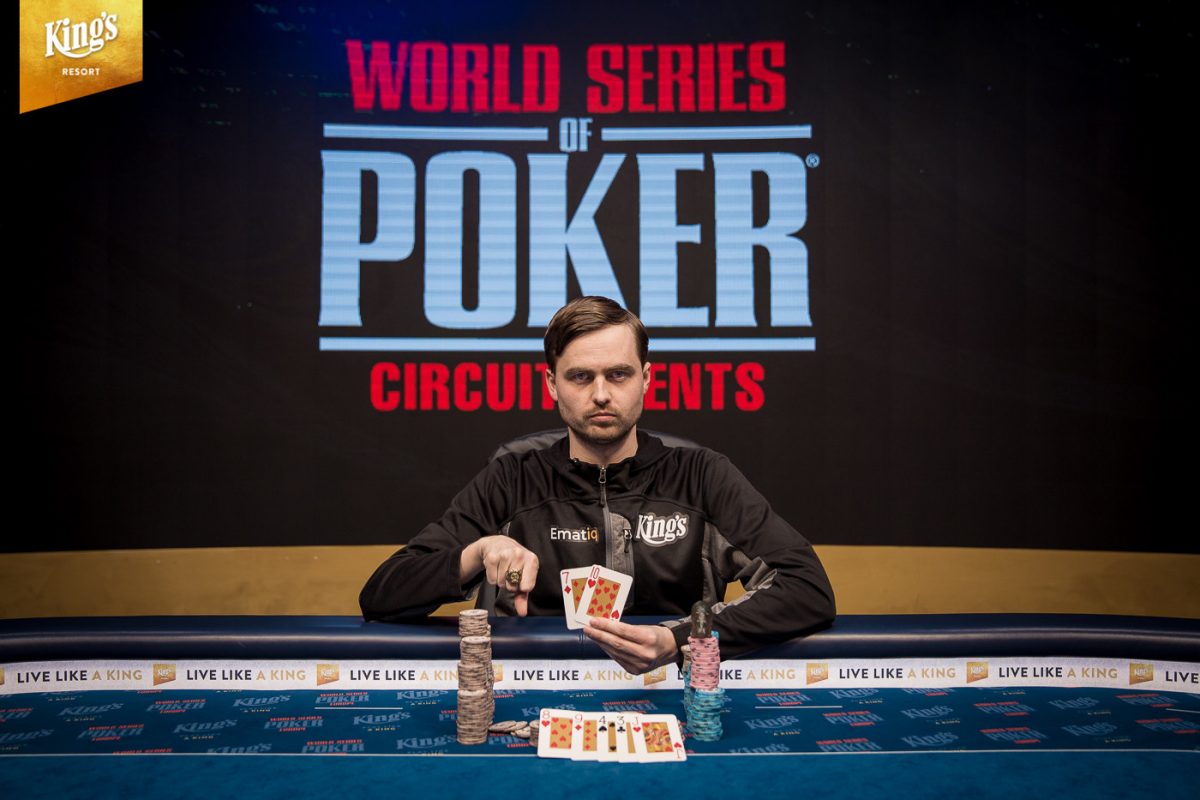 The Main Event of the World Series of Poker (WSOP) Circuit Rozvadov is in the books. For a buy-in of €1,700 the event attracted a total of 650 entries at King’s Casino in the Czech town. Yesterday, we reported what went on Day 2 of this event where the field whittled down to final 23.

Topping the chip counts on Day 2 was Germany’s Daniel Smiljkovic with 2,335,000 chips. He was followed by Georgia’s Gaga Gotsadze and Netherlands’ Paul van Oort at 2nd and 3rd place respectively. Local Czech pro Martin Kabrhel started the Day 3 with 2,040,000 chips bagged on Day 2 and he converted this into a spectacular win for €190,000 (~INR 1.47 Crores).

He even earned a WSOPE Main Event ticket worth €10,350 along with the first-place prize money. He bagged the elusive WSOPC ring too by shipping the event, and now has a total of 5 WSOPC rings to his name. His previous 4 rings and 2 bracelets were all won in King’s Resort, which has grown to become his best poker destination ever.

Kabrhel now sits with over $8 million in recorded live tournament cashes. He earned more than half of this figure just in WSOP events. His biggest live cash was earned back in 2018 WSOPE Rozvadov SHR event for €2,624,340. He has mostly played in Europe and the US, and especially his home country.

In heads-up, Kabrhel was pitted against UK’s Harry Ross, and it didn’t last long. Ross first doubled up early on but a few hands into the battle it was all over for him. Kabrhel, with Ten-seven, limped in and Ross checked with Six-five. On the flop of Eight-nine-four, Ross shoved his remaining chips hoping for to convert the gutshot draw into a straight. Howeverr, Kabrhel’s nut straight was given to him by the poker gods when a Jack hit on the river and he bagged the title, the ring and the ME ticket to play at another WSOPE event in the year at King’s Casino.

Keep reading GutshotMagazine.com for more such tournament updates and results from around the world as well as from local virtual/live felts.