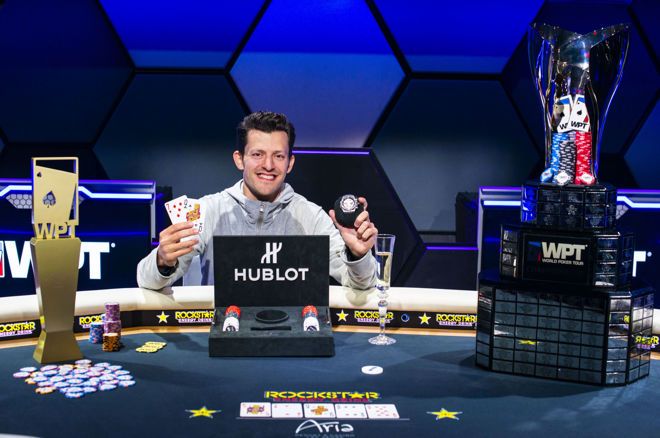 Elias was favourite to win the title as he was on a hot run, beating 162 entries to win the WPT Bobby Baldwin Classic a few days back. However, he couldn’t continue this dream run, busting in third place as Matthew Waxman came from behind to win the title.

Apart from the cash prize, Waxman was also awarded a luxurious Hublot watch and a private flights membership valued at $50,000. The win became his first live poker title since November 2013 and it also took his career winnings past the $4 million mark, beating Lithuania’s Matas Cimbolas in heads up.

Waxman came into the final day with less than half the number of chips that the chipleader Elias held. However, he made a good comeback and eventually reached heads up with Cimbolas, with a huge lead. In what became the final hand, Cimbolas went all-in, bluffing with just 10-3 on a K-high board. Waxman called with a Q-pair and took down the title.

“I had a lot of fun playing with these guys and I was thinking about not even playing, just because it’s a big buy-in and I wasn’t too confident with my game, but I just jumped in there, and I’ve been feeling pretty good lately. Even though there are only 80 players, the atmosphere, you can just feel the tension so it’s a real treat to play. To be able to win this thing is amazing,” said Waxman about this big win!

Keep reading GutshotMagazine.com for all updates on major poker tournaments from around the world.