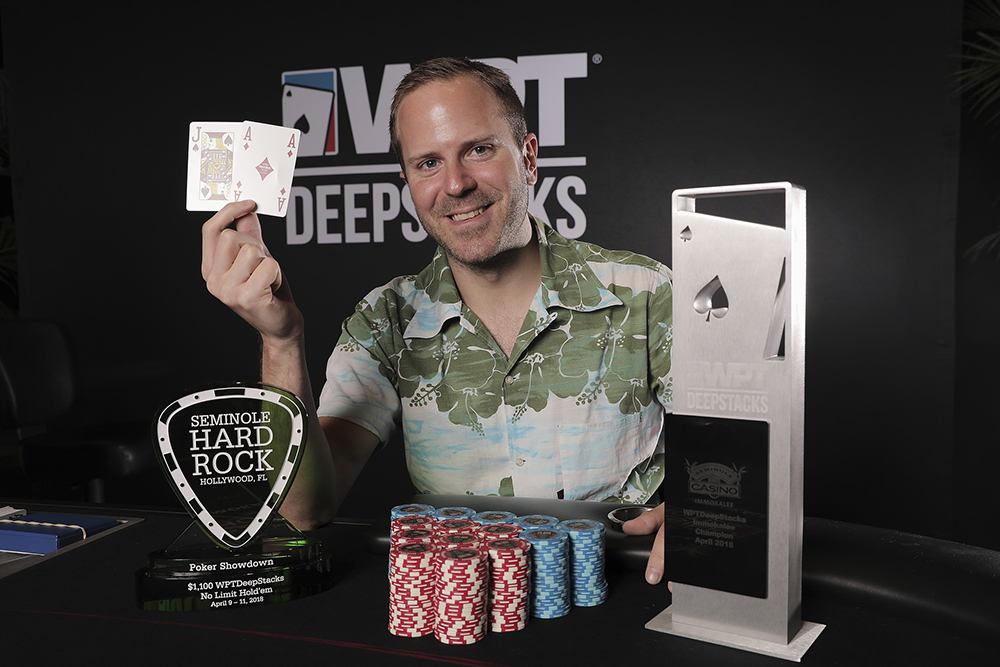 WPTDeepStacks Immokalee at Seminole Hard Rock Hotel &Casino in Hollywood, Florida, drew 816 entries, and Michael Tureniec emerged victorious for a first-place payday of $143,324. Hailing from Solna, Sweden, Tureniec is no stranger to poker success. With more than $4 million in live poker tournament winnings, according to his HendonMob.com profile, Tureniec is one of the most accomplished and consistent players in the world. His win today just adds another trophy to his mantle.

“It feels amazing,” Tureniec said. “It was a very big tournament with a lot of runners and a very tough final table, so it feels really good to get the win. I think Seminole Hard Rock is a great venue for poker. I played most of their major series during the past two years, and I like the big fields, big guarantees, and the great prize pools. Great bang for your buck.”

Tureniec had a smooth Day 1, finishing 68th in chips of the 171 total survivors with an above-average stack. He ascended the chip counts steadily in the early stages of Day 2 before seizing the lead with about 60 players remaining. From there, Tureniec coasted to the final table and held the chip lead when it began. He sat back and let the first few eliminations take place before jumping back in, winning a coin flip against WPT Champions Club member Ravi Raghavan, eliminating him in fifth place.

Once three players remained, a back-and-forth battle ensued where each took turns as chip leader and as the short stack. Eventually, they played the maximum amount of levels scheduled for the day, and while his opponents preferred to keep playing, Tureniec was in favor of coming back the following day to finish up.

“I felt pretty tired and dizzy last night, and didn’t want to risk making any big mistakes due to being so tired,” Tureniec said. “So it felt good to get some sleep and collect your thoughts and get ready for a new day.”