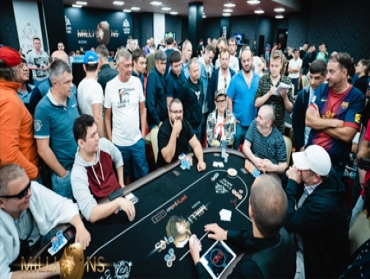 It was yet another full day in Sochi at the partypoker LIVE MILLIONS Russia where the Main Event completed its second starting flight Day 1B. After eight hour long levels, it was Maksim Pisarenko who walked away bagging the max number of chips at the end of the night for a stack of just under 5.6 million chips. 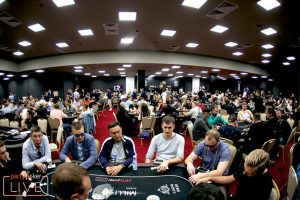 The last name on the list Dirk Bueker could end up being one of those incredible ‘won big from a satellite’ kind of stories. Buekar qualified for this Main Event after winning not one but two promotions! The German qualified online to play at the WSOPC event in Sochi and was the Golden Chip winner after outlasting all the other online qualifiers. The Moneymaker effect is well known in poker circles and perhaps there may be a sort of repeat if this German player manages to go all the way in this Millions Main Event. Defending MILLIONS champion Maria Lampropulos got busted but made another buy-in and it was worth as she too bagged a fighting stack by the end of the day.

Day 1C which is the final starting flight for this Main Event is currently underway and we will bring you a round-up of that final flight’s action tomorrow right here at GutshotMagazine.com.