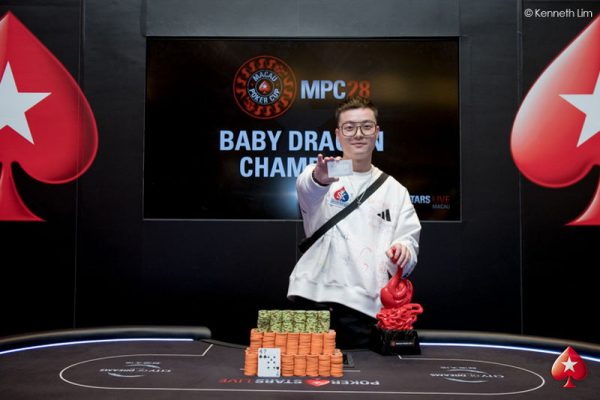 The 28th edition of the Macau Poker Cup has been running in full swing, being contested between 26th January and 11th February 2018. Recently, we reported about the MPC 28 Baby Dragon Event which saw a total of 818 entries and 7 Indians making it to Day 2 of the event, including Aditya Agarwal, Abhisek Panda, Nathan Rao, Vidwath Shetty, Vinay BK, Vivek Rughani and Sriharsha Doddapaneni.

The Baby Dragon Event went on and even though Vinay BK had one of the lowest stacks among the Indian players, he did well on Day 2 to finish at the final table, bagging a prize of HKD 331,000 (~INR 27.1 lakh) for fourth place! Aditya Agarwal had a good stack coming into this day, but he crashed out at the 92nd place, for HKD 16,000 (~INR 1.3 lakh).

The event took place between 2-4 February 2018 with a buy-in of HKD 8,000, and a total prize-pool of HKD 5,712,912 was created, with China’s Siyou Cao winning a bulk of that amount. He shipped the tournament and earned HKD 1.2 million for the top prize while Philippines’ Mike Tamayama earned HKD 743,000 for second place.

Cao was last on the chips count when he entered the final table but worked his way up fantastically to be crowned champion. “I’m happy to win, then after I realised that there was an extra US$30,000 added to the prize pool with the Platinum Pass I was even more excited.” said Cao after this massive win.

India’s Vinay BK was third in the chip lead at the start of the final table but was eliminated in 4th place as his A-Q couldn’t win against Guancheng Chen’s pocket Jacks, with the table giving no further assistance to both players: 10-5-5-8-4. Gutshot caught up with Vinay BK and here’s what he had to say about this experience:

“It was my first international poker experience, so I was super pumped up for the events. The venue is superb; beating a field of 800+ and finishing fourth is a great feeling. Although while we play, we don’t really think of it that way. We break it down, level by level, hour by hour and day by day. But really, truly a great poker destination for any serious player. It was also my biggest score live or online so it definetly helps me in building my bankroll and looking forward to future events as well.” 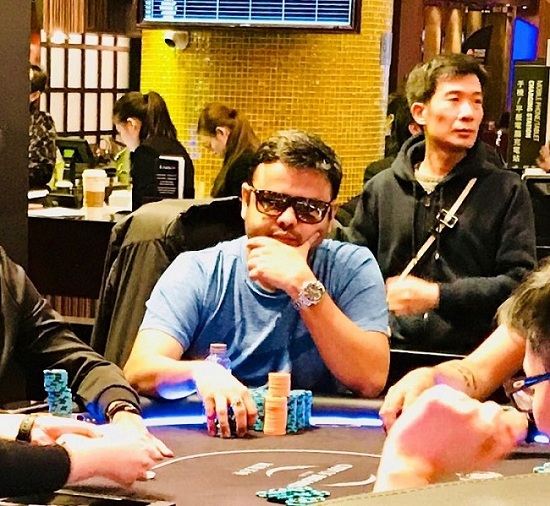 MPC 28’s Red Dragon Main Event has begun and it boasts of a prize pool of HKD 10 million. We expect a lot of Indian players to be a part of the event, and hopefully also finish high in this tournament. For all updates on the tournament and on Indian participating players, keep reading GutshotMagazine.com!