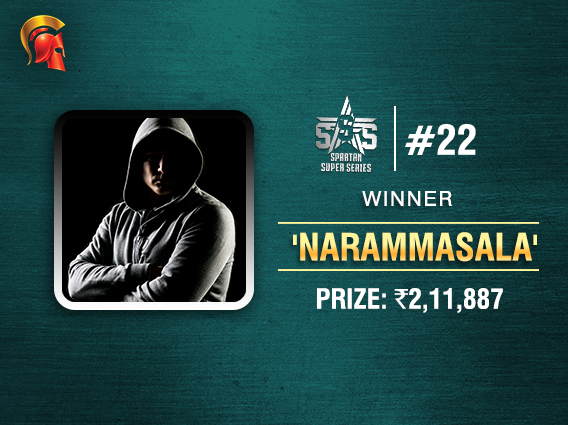 Day 5 of the Spartan Super Series (SSS) began yesterday and we’re reaching the business stages now on The Spartan Poker, with the biggest tournaments approaching and the competition on the SSS Leaderboard also heating up, where a total of INR 10 lakh is being given away in additional prizes.

The first tournament of the day yesterday was SSS Event #22 The Elite (Lite) INR 8 Lakh GTD, which is a mini version of The Elite which takes place every Friday night on Spartan. However, with a special guarantee of INR 8 lakh for the SSS and a buy-in of INR 3,000, this was by no means a ‘mini’ tournament.

A total of 335 entries registered to the tournament which broke the guarantee and created a new prize pool of INR 9,21,250. Everyone would’ve been happy with this huge participation as the top 24 players were eventually paid out a minimum cash prize of INR 9,212.

Beating this field and winning the tournament was none other than ‘Narammasala’, who has been having a great run in this edition of the SSS series. This was just his first title of the series, but he has made several money finishes including a runner-up finish in SSS Event #7, where he lost to ‘kingofqueens11’.

Now, he has won the SSS Elite (Lite) and pocketed the top prize of INR 2,11,887. Further, he has gained enough of points throughout the series to go to the top of the SSS Leaderboard for the first time, overtaking ‘degen123’. It was a brilliant victory for the player, who will be looking to keep his lead on the SSS Leaderboard for the top prize of INR 4 lakh.

easypickns had 2c As and hit nothing but the pair of Jacks on the board as Narammasala took down the first tournament of the day. SSS Day 5 updated Leaderboard: 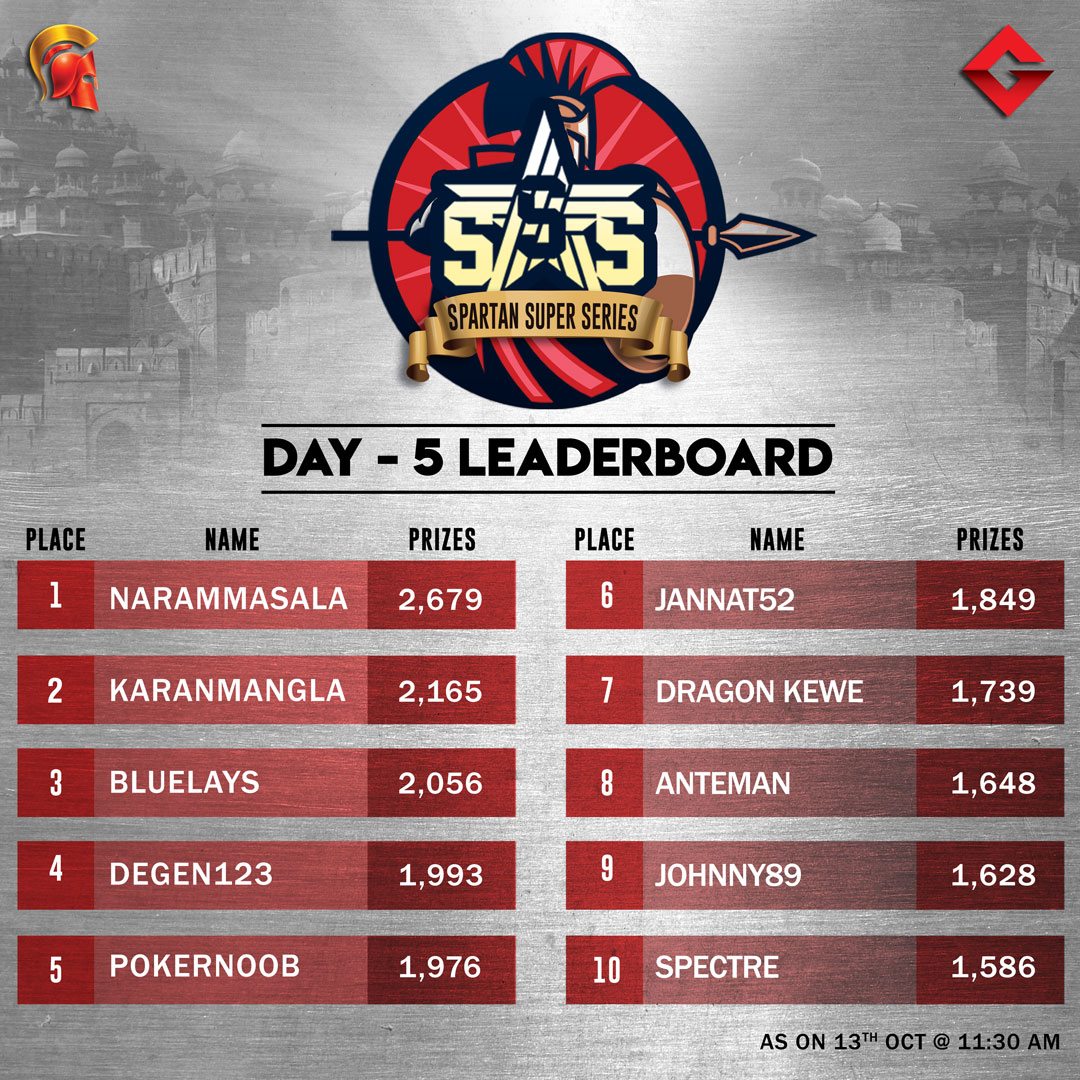