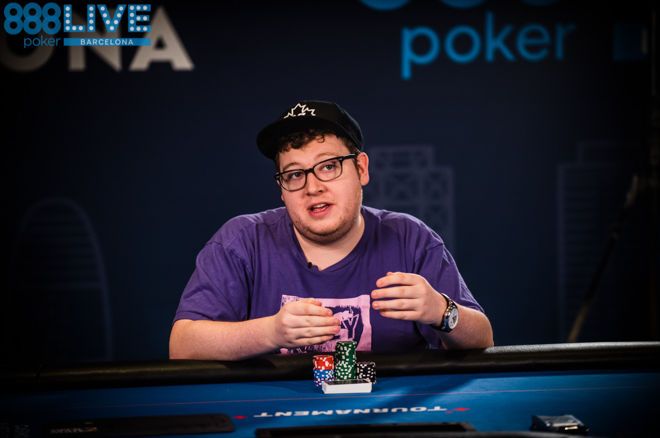 The third and final starting flight of the ongoing 2018 888poker LIVE in the Spanish city of Barcelona was a resounding success. The €1,100 Main Event at Casino Barcelona saw 322 participants on Day 1c. This brought the final tally to to 704 entrants for this Main Event. However there is every chance of this number becoming even bigger as late registration will be kept open until the start of the first level of play on Sunday’s Day 2.

Norway’s Jon Kyte was the action man of the day and was in cruise mode for the most part and looked to be heading for the chip lead at the end of the day. While he did finish with a top 10 stack, it was Israel’s Netanel Minyan who finished on top of the Day 1c chip leaderboard with a stack of 300,100. Bagging the second most chips was Minyan’s countrymate Roni Tal with 272,300 behind Tal was another Norwegian Stian Knutsen with 271,600.

While Minyan does end as Day 3 leader, the overall lead lies with Turkey’s Orpen Kisacikoglu  who has 381,900 in chips followed by Day 1a chip leader Gianny Dominique Morano in second place with 363,000. Minyan and his stack are in 5th position overall.

Day 2 action got underway earlier this Sunday afternoon and play will conclude on Monday with the final table. Stay tuned to GutshotMagazine.com for the culmination of this Main Event.