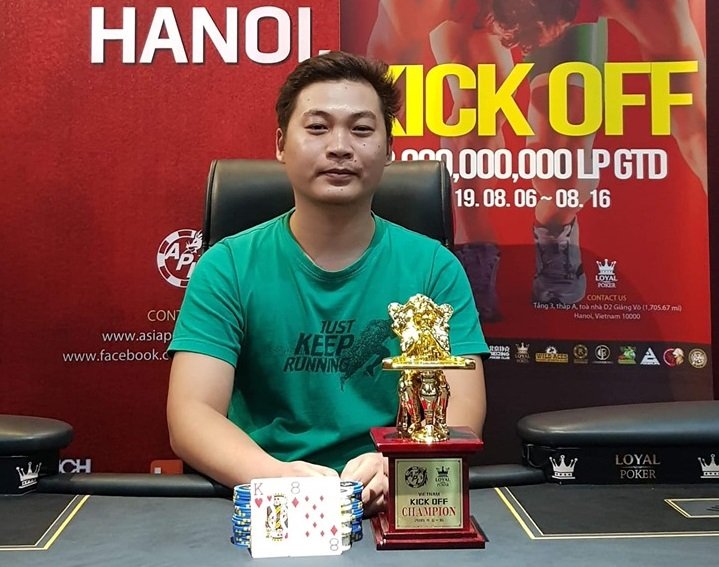 The Opening Event of every tournament series is something that most players look forward to. Similarly, we were excited to see what kind of a participation turns out at the Asia Poker League (APL) Hanoi outing, hosting its first series in this part of the world. While most play at the Pro Poker Club in Ho Chi Minh, this stop was at Loyal Poker Club in Hanoi, Vietnam.

The overall series is scheduled between 6-16 August and the start was brilliant with a spectacular field of 562 entries joining the VND 6,600,000 APL/HSOP Kick-Off Event. A healthy prize pool of VND 3.18 Billion (~$137,200) was formed which was later shared by the top 85 finishers in the tournament.

It wasn’t too surprising that the winner was a local player in Vietnam’s Nguyen Le Quang who not only recorded his first ever major tournament victory but also took home the biggest live cash of his career – VND 785 million (~$33,800). Prior to this, the player had just about $4k in live poker cashes.

The APL Hanoi Main Event has also kicked off at the Loyal Poker Club and you can get all major updates from that series here on GutshotMagazine.com.