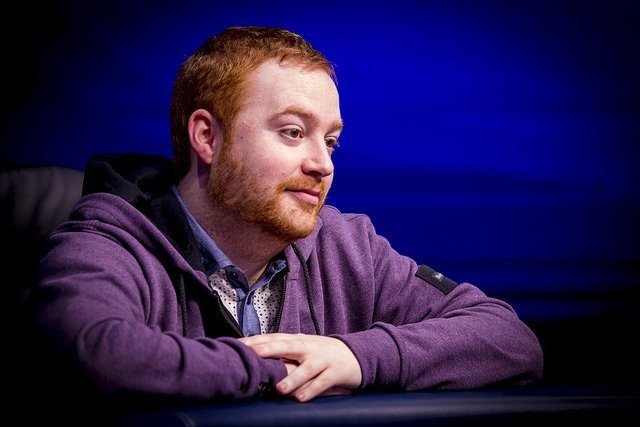 Scotland’s poker pro Niall Farrell is one of those who could feature in a magazine’s ‘Rags to Riches’ article. Well, not really rags, but the man was selling mobile phones for Carphone Warehouse a while back, before he quit and started his journey towards becoming a professional poker player.

While many have quit jobs to become poker pros, not all become successful. Niall ‘Firaldo87’ Farrell, however, is one of those who became successful. Today, no one in Scotland has won more in live poker tournaments than him, while he is also the only one from his country to have won a WSOP bracelet.

He has recorded over $5 million in live tournament cashes while a recent PokerStars’ SCOOP title over the weekend saw him beating 577 entries to win $219,000 and take his online poker earnings past $3 million. Just before winning that title, Farrell took to Twitter to express his excitement over joining 888Poker’s 8-Team WSOP promotion: 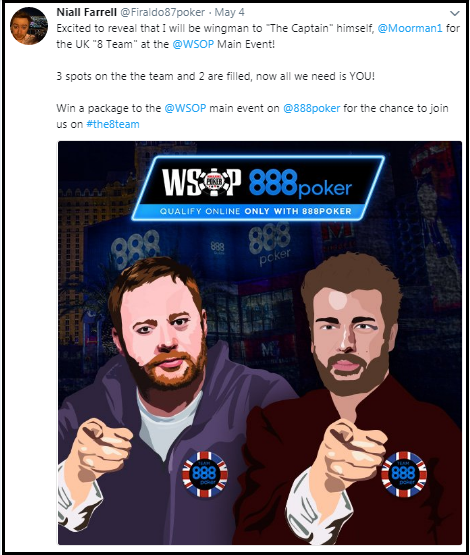 The promotion involves 8 international teams, each of which will consist of three team members – a captain (an 888Poker ambassador), a wingman and an online qualifier. Farrell will join Team UK as the wingman to Chris Moorman, while they are still waiting on the online qualifier. Each member of the winning team of this promo will receive a free $10,000 seat into the 2019 WSOP Main Event.

Farrell joining this promo could also indicate a future long-term relationship with 888Poker, as he wouldn’t do the 8-team promotion if he wasn’t interested in becoming an 888Poker ambassador someday in the future. This move no way guarantees a relationship between the two, but it is a possibility as the online poker room would also love to be associated with someone as talented as Farrell.

For all updates on this story and other poker-related stories, keep reading GutshotMagazine.com!