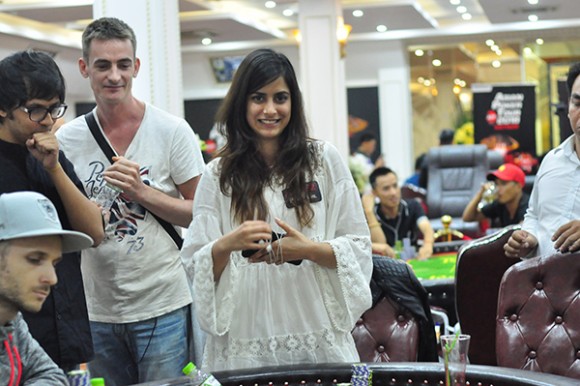 Nikita Luther is one of India’s top poker pros who solidified that fact by winning a WSOP gold bracelet earlier this year – becoming India’s first female player to win a bracelet, and second player overall. Now, she has been having a great outing in Vietnam, which came to an end last night.

The Asian Poker Tour (APT) is hosting a tournament series at the Pro Poker Club in Ho Chi Minh, Vietnam at the moment and Nikita Luther made headlines for two consecutive days for her performance in the Main Event. After three starting flights, she was the combined chip leader among 194 entries.

Then, she kept up the advantage and went on to finish as chip leader going into Day 3 as well, among the final 85 entries. 83 of these would eventually finish in the money and Luther maintained a top stack right through Day 3, along with Vivek Rughani and four other Indian players.

Eventually, these players busted their stacks throughout the say, but none were able to make as good a run as Luther, who finished 11th in the Main Event, among some of Asia’s top pros, and bagging VND 135,160,000 (~INR 4,30,600) for this effort. Even until an hour before her elimination, she was the top stacked player.

Luther sets high standards for herself and she was obviously very shaken up by this elimination. While it was a brilliant performance to finish 11th among 498 entries from around Asia and the rest of the world, she would’ve not wanted to settle for anything less than the VND 1,638,200,000 (~INR 1.21 crore) first-place prize.