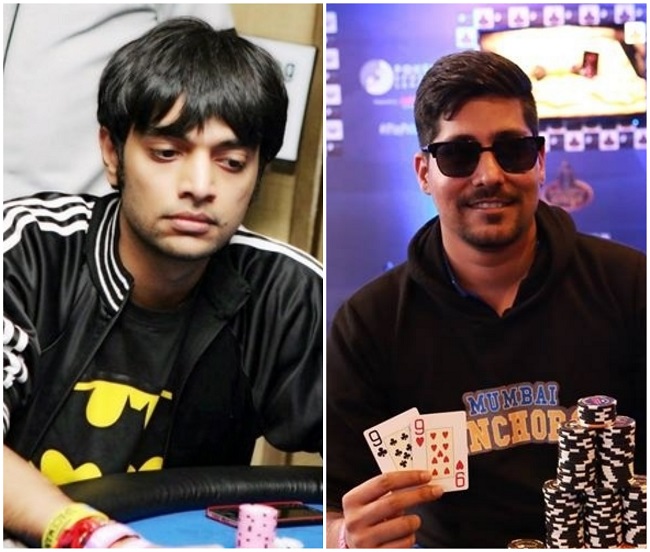 Event #65: $10,000 No-Limit Hold’em MAIN EVENT – World Championship kicked off 5 days ago at the Rio All Suite Hotel and Casino in Las Vegas. The prestigious Main Event became the second largest field in the history of the WSOP, with nearly 8,000 registered entries.

As the days passed by, the field narrowed, and so did the number of Indian players present in the tournament. Earlier today, play began on Day 5 of the Main Event with 310 survivors and 3 Indian players still in the mix, in Nishant Sharma, Vivek Rughani and Kartik Ved.

As the day went by, Ved unfortunately hit the rail in 128th position. He was awarded a handsome prize amount of $57,010 (~INR 39.22 lakh) and he quadrupled his career live poker earnings. Interestingly enough, this was Ved’s first cash in a WSOP event. Indian origin player Taha Maruf also cashed in 119th position for the same prize. We’re now down to the last two Indian players – Sharma and Rughani.

Day 5’s play was brought to a halt earlier than scheduled, as a storm hit Las Vegas which caused a power outage. The players had to finish off their last hands in darkness as the officials announced the end of the day’s play. Just 109 survivors now remain, form the original field of 7,874 entries.

With 12,180,000 in chips, USA’s Michael Dyer is the chip leader going into Day 6 of the Main Event, while countryman and 3-time bracelet winner Brian Yoon is in second place with 8,395,000 chips. Mind you, India’s Nishant Sharma has a healthy chip stack of 5,800,000 and he is expected to run really deep in this tournament.

Rughani was losing his chips slowly but managed to recover a little ahead of the close of day’s play, finishing with 1,545,000 chips. Notable eliminations on Day 5 include those of Jake Schindler, Chris Moorman, Paul Volpe, Antonio Esfandiari and Brian Altman, who had the third highest chip stack yesterday.

We will be following the progress of our Indian players as we move into Day 6 of the tournament. Both these players will be hoping to record India’s best performance in the WSOP Main Event. Currently, Aditya Agarwal holds that record for finishing 71st in the 2015 WSOP Main Event. Keep reading GutshotMagazine.com for timely updates from the WSOP Main Event.