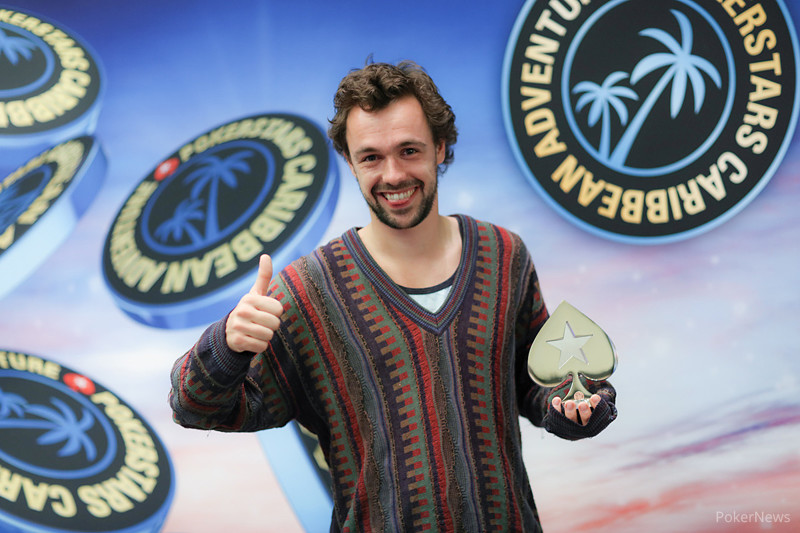 After the highly anticipated PSPC and a few other events declared its champion in the PCA, another one gets over, this time with an Indian finishing in the money. The $1,100 PCA National began on 10th January and eventually attracted a total of 812 entries from two starting flights. The chip leader from those two starting flights emerged to be Canada’s Chanracy Khun out of 122 players that made it to Day 2. This day saw around 12 hours of play and the field gradually whittled down to the winner Ole Schemion, who shipped it for $148,220.

The champion Schemion hails from Berlin, Germany, and has made his 17th live win in the PCA National. He has plenty of cashes from past tournaments and has played all over the globe. His best live cash of $1,807,078 came from 2016 EPT SHR Monte Carlo for shipping the tournament. He also made another significant win recently by finishing runner-up in the 2018 EPT HR for €334,900.

He later commented on his win and the gameplay saying, “I feel good, very good. I didn’t really care about the opponents, I just wanted to play my cards. It’s a good start to the year, I had a good finish and start last year too,” alluding to his WPT European Championship Berlin win in Jan 2018 for €218,435.

One of the eight Indian Platinum Pass winners, Ramandeep Gujral was also playing in the PCA National and was sitting with an above average stack entering Day 2. He ultimately finished in the money at 62nd with $2,340 (~INR 1.64 Lakhs). Gujral has played plenty of live events in the past and is not new to shipping tournaments either. He is playing since many years and his best live cash was recorded back in 2012 for runner-up in APT Asian Series HR event for $8,063. He will surely bring some fond memories to India from his PCA experience.

In the final hand of the day between Schemion and Costigan, Schemion bet 410,000 on the turn with the board showing Kc 5s 4h Ac, and Costigan raised it to 1 million and received a call from Schemion, both making the Ace-pair. The river of 7h saw Costigan make a costly mistake going all-in for 3,700,000. Little did he know that Schemion had made a pair on the river with his Ad 7c and had Costigan’s As 8d beat. Costigan shook Schemion’s hand after the showdown and collected the 2nd place prize of $90,080.

Keep reading GutshotMagazine.com for more PCA updates as well as general poker news from around the world.