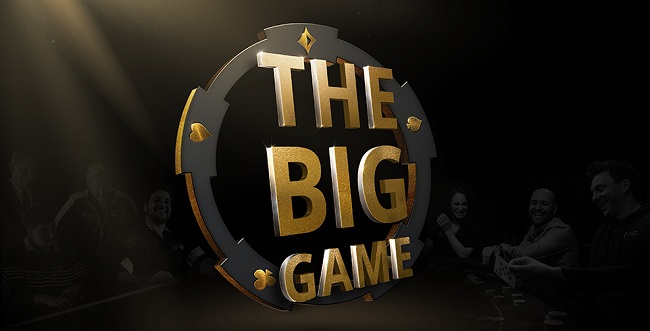 partypoker, PokerStars, 888Poker and others are a few of the top poker companies across the world and they’re always in competition with each, jostling it out to be the best in the business. To be a part of the competition, these companies always come out with new and innovative ways to promote the game of poker and ‘The Big Game‘ is one of these innovations.

The Big Game or simply ‘Big Game’ is a popular televised cash game that hasn’t been around since 2013. However, partypoker has now announced on their website, Big Game VIII, set to return to screens on 10th February 2010. This will be the first ever PLO (Pot Limit Omaha) edition of partypoker’s Big Game.

The inaugural MILLIONS Germany is taking place at the Kings Casino in Rozvadov between 8th and 18th February, and the Big Game will be a part of this MILLIONS Germany festival. Having always stuck to NLHE, this will be the first PLO edition of the show and it will run 36 consecutive hours between 10th and 12th February 2018.

The minimum buy-in to be a part of the game will be €20,000 while the maximum will be €40,000. An online qualifier can also win a seat to the game by participating in the Big Game Challenge online. The winning player will get a package worth over $27,000, which includes:

Remember, this isn’t any ordinary cash game. The game will feature something known as the ‘vote-off’ wherein people watching the live stream can vote for their favourite player. The players with the top three votes as well as the most aggressive player will get immunity from eviction while the player with the least votes will hit the rail and be replaced by someone else.

Seems like a pretty exciting format of the game to us. What do you think? Leave your comments and let us know. Also, keep watching GutshotMagazine.com for all the best from the poker world.