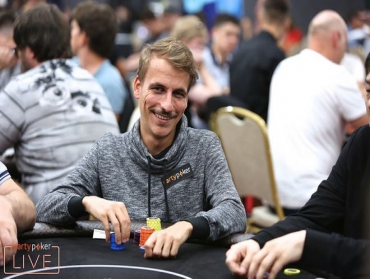 It was yet another packed and busy poker room today at the partypoker LIVE MILLIONS Russia Main Event taking place in the Sochi Casino in Russia. While the last of the Triton Highroller events came to an end with Ivan Leow’s Super Highroller win, the rest of players were looking forward to the final starting flight Day 1C at the MILLIONS Main Event. 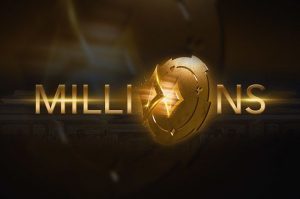 A total of 270 entrants took part on the day but only 148 of these will return on Friday’s Day 2. By the end of 8 levels of play, each 60 minutes in duration, it was Hadi Khordbin who topped the field with just over 5.9 million chips. It is believed that about 5 million of those chips came from a pot that saw Khordbin’s Aces tangle with the Kings of Vitaly Pankov. The Aces held and because of this massive action which took place in the final 30 minutes of action, Khordbin is now sitting pretty on a huge chipstack going into Day 2.

There were some known names in partypoker ambassadors Ludovic Geilich, Dzmitry Urbanovich and Philipp Gruissem but the former two were unable to go the distance while Gruissem managed to survive bagging about 2.9 million chips to end the day.

Another well known names in British pro Niall Farrell also busted out of this Main Event, twice as a matter of fact. However he is expected to return and fire a third bullet in Friday’s action. That is because registration to the Main Event will remain open to players until the end of the second break on Day 2. All players who buy-in will receive a 1 million starting stack.

Come back to GutshotMagazine.com tomorrow to see who makes it to the money in this partypoker LIVE MILLIONS Main Event.