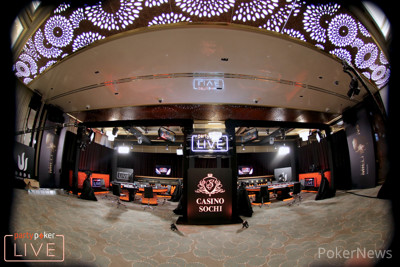 The partypoker LIVE tour kicked right back into action after the prestigious 2018 World Series of Poker came to an end. The LIVE MILLIONS Russia tournament series kicked off on 3rd August and will be played until 14th August, with millions of dollars up for grabs during this period.

Online satellites were on since a while and after a few side events, the mega Main Event begins today at the Sochi Casino and Resort. There’s a mix of tournaments happening during this festival, where RUB 690 million (~$10.8 million) is going to be given away in guaranteed prizes.

Apart from the regular scheduled events for today, there are also going to be two Triton High Roller events to be hosted at the 2018 partypoker LIVE MILLIONS Russia. The Triton Poker High Roller and Triton Poker Super High Roller will both have guaranteed prize pools of $1.9 million each.

These two tournaments are expected to attract some of the best players from around the world to this event in Sochi, including Triton Poker founders Richard Yong and Paul Phua, and others like Phil Ivey, Mustapha Kanit, Patrik Antonius, Manig Loeser, Dietrich Fast and more.

Aleksandr Gofman outlasted a massive field of 999 entries to take down the partypoker LIVE MILLIONS Russia Main Event trophy last year, to go with his prize of around $1 million for first place. Keep reading GutshotMagazine.com for more updates on who will win the coveted title this year.