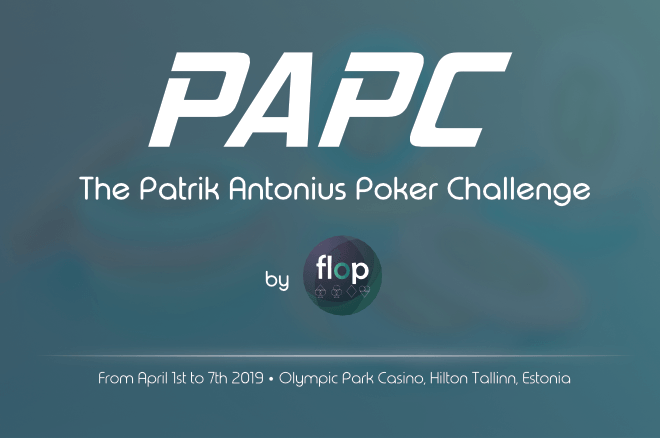 Antonius has been busy in for a few months on live felts, signing up for various events around the world like Battle of Malta to the Triton Poker Series. The details of his new app FLOP aren’t out yet and will be launched on app stores with the advent of the Tallinn series.

The Tallinn series will include a total of 52 events, and joining Antonius is Teresa Nousianen, former European Poker Tour (EPT) Tournament Director, to help him with organizing his first live series. The event includes tournaments ranging from almost nothing to €25k buy-in.

The highlight of the series will of course be the €1,500 Main Event running between 4-7 April. The tournament will feature 60-minute levels throughout its 4 days and players can re-enter and receive a fresh stack of 30k chips until the end of the first blind level on Day 2.

Antonius confirmed his presence at the PAPC and said, “It is obviously nice to have my own event. I see a lot of things in poker I want to improve, and we are introducing a lot of new things in our live events.”

Antonius is a legendary poker player from Finland. He has over $11 million in live earnings till now and is first in his country’s all-time money list. He is a former tennis player and coach and a model. He currently resides in Monte Carlo. He was invited to Delta Corp’s 10-year celebrations in Goa recently which saw him make his maiden trip to India.

Siddarth Singhvi had earned the coveted opportunity to play poker with Antonius as part of a promotion on Adda52 then. Keep reading GutshotMagazine.com for more such poker industry news and for general poker news from around the world.