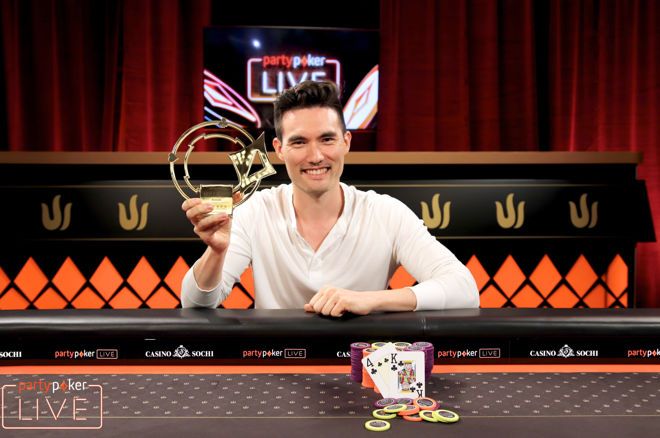 The ongoing 2018 partypoker Live Millions Russia poker festival crowned its latest winner in Aymon Hata from England who won the Triton Highroller for 48 million rubles ($756,000). This was the second highest buy-in at this series which is taking place in Sochi. The buy for this Highroller event was 3 million rubles (~$50,000).

This is not the first big tournament finish for Hata who also came third in the 2018 World Series of Poker 100k Event. Hata is a regular in the Las Vegas poker circuit and first started playing poker online, “I started playing poker when I studied and build my bankroll online. Once I was finished with the studying I decided to continue playing poker to see how that goes. I continued to build my bankroll and started playing in Highroller events through some contacts in the poker scene,” he said while talking about his poker journey. Not surprisingly, this high-stakes player is expected to take part in the Super Highroller event which has a 6 million rubles buy-in ($90,000).

37 entries took part on Day 1, of which 24 players survived. Late registration was still open for three more levels on the final day and eventually one saw 47 entries come together to make a prizepool of RUB 135,360,000 (~$2 million). The top 6 places were paid out. As the last nine took to the final table, Ivan Leow was in the lead, with German pro and highroller specialist Philipp Gruissem and Aymon Hata at the bottom. But Gruissem made some good moves and built his stack up as did Hata. Ivan Leow (Ax Tx) was the surprising and unfortunate bubble boy who got busted in a 3-way pot with Patrik Antonius (Queens) and Paul Phua (Jacks) with Antonius winning the pot and Leow hitting the rails.

Upon Aymon’s elimination of Konstantin Uspenskii in 3rd place, he was chip leader going into heads-up against Vladimir Troyanovskiy. The Russian was unable to get any traction and a short time later put his chips into the middle with Js 7c. Aymon Hata with Kc 4c made the call to see the board of Qs 6s 2h 2c 3s and with that Aymon Hata was declared the the Triton High Roller champ of partypoker MILLIONS Russia.