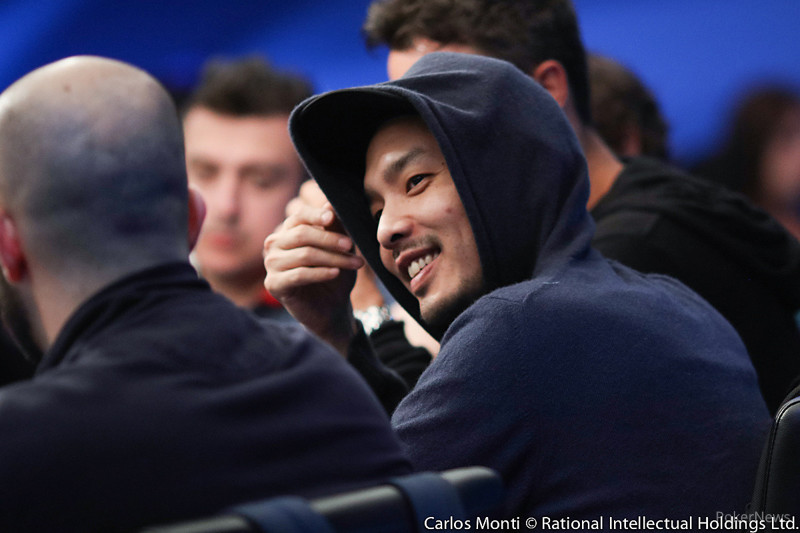 The $10,300 Main Event of the overwhelmingly popular PokerStars Caribbean Adventure (PCA) has now whittled down to the final 6 players. The event drew a total of 865 entries (including 242 re-entries) all running for the 1st place title and the cash prize of $1,567,100 (~INR 11.14 Crores). After the long haul of yesterday’s PCA ME Day 4, the Final 6 were reached at Level 28 with the chip leader emerging to be David ‘Chino‘ Rheem.

American pro Rheem soared through the chip counts with a sizeable stack of 7,550,000 yesterday. He has a decent margin against the 2nd in chip counts online Canada’s Scott Wellenbach, who is with a stack of 6,015,000. Wellenbach had qualified for the Main Event in an online qualifier on PokerStars.

The chip leader, Rheem, was also one of the players with large live earnings in the top 20 yesterday and was packing a lot of experience under the hood. Him bagging the chip lead shouldn’t come as surprising as the pro showcased his amazing skills yesterday.

The 20 hopeful souls started the day on a rather cautious note. Several short stacks quickly doubled up entering the day. Rajesh Vohra, Bob Bounhra were the first to take a hit, followed by Danny Tang and Enrico Camosci. Austrian pro Matthias Eibinger also was eliminated by Rheem at 14th place and joined the rail.

Previous day’s chip leader Tommy Nguyen was the next notable to fall at 13th, followed by Christoph Vogelsang’s deafeat by Rheem’s hands. After the field reduced to final 8 players, they took a dinner break. The last two eliminations all happened Canada’s Marc-Andre Ladouceur was eliminated.  Romania’s Mihai Manole was the next to hit the rail at 7th, by Vicent Bosca’s Jack-pair against his Ten-pair. If Bosca wins this, he will join Ramon Colillas as the second Spaniard to ship an event in the 2019 PCA.

The final 6 players will return today, 16th January, 1pm local time, on the feature table to play with just 74 minutes left in the 40k/80k blind level. Keep reading GutshotMagazine.com for complete PCA updates as well as general poker news from around the world.