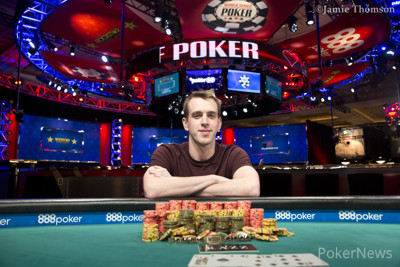 8-game poker is a variety of different formats of the game and one such tournament was played at the ongoing 2018 World Series of Poker. Event #22: $1,500 Eight Game Mix began three days back and at the end of the event, it was England’s Philip Long who emerged victorious.

Including today’s win, he has less than $500k in live poker earnings and that doesn’t boast of a lot of experience. However, much can be said about his talent when you know that he beat top poker pros on the final table, including the all-time highest live poker grosser and 10-time WSOP bracelet winner, Daniel Nagreanu (busted in third).

“It’s an unusual thing when you have the eight-game mix. I think you’re always trying to be aware of what people think about the different games and what they think about you in the different games. Sometimes, some people are really confident in some games and weak in the others, and sometimes they think you’re bad at certain games. I didn’t feel that bad in anything and I think that was my main strength,” said Long after this win.

A total of 73 players were paid out a minimum cash of $2,238 and the trend of first-time bracelet winners being crowned continued at WSOP 2018. GutshotMagazine.com is covering the ongoing World Series and you can catch daily updates right here, so stay tuned.