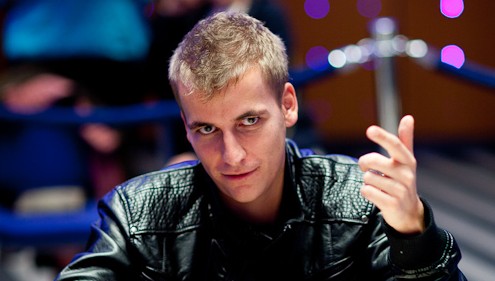 While online giant PokerStars has been cutting down on their list of ambassadors, partypoker is doing the opposite. Four seasoned poker pros have left PokerStars in the last one month while partypoker keeps adding to their team, recently signing professional poker player Philipp Gruissem as their latest ambassador.

Just a week back, partypoker signed American pro Isaac Haxton, who has over $15 million in live poker earnings, as their ambassador. Now, Germany’s Philipp Gruissem has been brought on board as well – a pro who has been around for almost a decade and has earned over $11 million in live poker winnings, to go with $3.5+ million in online winnings.

partypoker was among some of the first companies to have started online poker operations, launching in 2001 and being the largest online poker room until 2006. Now, they are quickly acquiring some of the top poker names from around the world to represent the brand as they try to move to the top once again.

“I am honoured that Philipp has agreed to join us at Party Poker. Philipp is such a well-respected player both in the German and global poker community that he is a perfect fit to join the team,” said Tom Waters, partypoker’s managing director. Here’s what partypoker tweeted to welcome the pro: 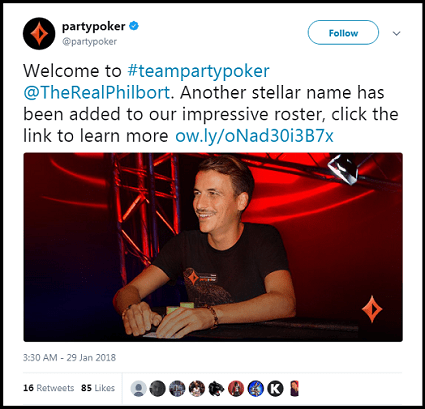 “partypoker is now bringing healthy competition back into the market that has resulted in a new and fresh vibe that will grow our poker community,” said Gruissem about this new partnership.

The story has been great for Gruissem so far, having started his poker journey by winning a tournament at partypoker for $200, under the online name ‘philbort’. He then set his sights on live tournament poker, where he once scored a massive $1,379,840 for finishing first at the Monte Carlo €25K high roller event in 2014. He will now be representing one of the top poker companies of all-time. We wish him the best of luck for this new partnership!

For similar big signings and news from the world of poker, keep following GutshotMagazine.com!