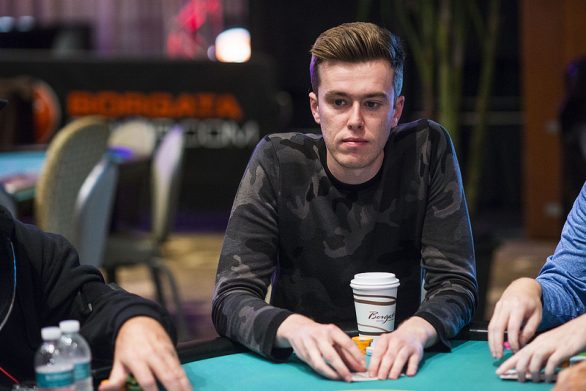 Last year, PokerStars hosted the 2017 Spring Championship of Online Poker (SCOOP). The American poker pro Gordon Vayo, who has upwards of $6.2 million in total live earnings, signed up to the PokerStars’ hosted event with a Virtual Private Network (VPN). The VPN was used to give the impression that he was playing from Canada. But the reality is that he was playing from California, violating PokerStars’ terms and conditions.

Vayo won the $1,050 Spring SCOOP event playing as ‘holla@yoboy’ and the 1st place cash prize of $692,000. PokerStars advertised Vayo’s win on the blog, but didn’t pay him the amount, which made Vayo sue the company for withholding the cash prize.

In a recent development, PokerStars withdrew its motion to collect around $280,000 worth of legal work that went into defending itself against Vayo’s lawsuit. The joint filing officially states that “The pending Motion for Attorneys’ Fees and Costs by Rational Enterprises Limited d/b/a PokerStars is hereby withdrawn without prejudice. This move by PokerStars came after Vayo abruptly dismissed his lawsuit in mid-October.

The move might appear as a goodwill gesture on behalf of PokerStars, but its in the best business interest of PokerStars to probably move on from this ugly mess. The most logical explanation for this move would be to put the dispute to rest once and for all.

Had the presiding judge, Judge Mumm, ordered Vayo to cough up around $280,000, it could have turned into a lengthy affair, giving unnecessary media coverage. The PokerStars’ filed the withdrawal on Dec. 4, and it stated that Vayo’s litigation has been dismissed with prejudice, which officially bars the poker pro from further litigation on the matter. Vayo, through his attorney, at one point falsely claimed that PokerStars was turning a “blind eye” to illegal online poker play from within the U.S.

The brawl became so intense earlier that PokerStars’ legal team warned Vayo to not publish “false or defamatory remarks” about the company. Vayo, best known for finishing 2nd at the 2016 World Series of Poker (WSOP) Main Event for $4.66 million, also has it in his best interest to move on from the lawsuit at this stage in the poker scene.

Keep reading GutshotMagazine.com for tournament updates, poker news from around the world, and much more!