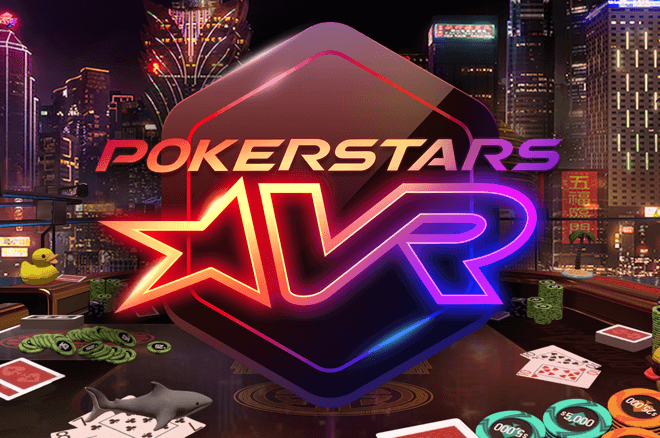 PokerStars is a global poker leader, both in the online as well as the live space. As an industry giant, innovation has played a key role in ensuring they’re always ahead of the competition and every now and then, you will see PokerStars coming out with new promotions and offerings for their players.

Now, they have branched out into something completely different, giving users the chance to play their favourite game through Virtual Reality (VR). This is their most ambitious offering yet and the company is aiming to combine the best of live and online poker for creating an engaging and more fun way of playing poker.

The commercial launch of ‘PokerStars VR’ is expected in the near future and it will be a free-to-play game – an authentic and immersive social poker game that will try to recreate the usual live poker scenario while the player could actually be sitting in his hall or bedroom at home, in his/her pyjamas.

“VR is the perfect medium to bring live poker and online poker together, that’s the main reason we chose it. With live poker, people love it because you’re at the table, you can look at people, try to get a read and socialize as well. You feel the chips, the cards. Then with online poker, you get all the strategy, the numbers, the mathematical aspect and the speed. All the games, 24/7. But bringing the two together is what players really want. That’s why we’re working with Lucky VR to build this, bringing the best of live poker and the best of online poker in one experience,” said Manuel Bevand, part of the PokerStars Innovation team.

With PokerStars VR, players will be able to use chips and cards just as they would be able to in a real live game, while also being able to pick up tells of other players. “It was really amazing. I’ve never tried VR, so, the first thing that I thought was it was super immersive. I was in this world. The other world didn’t exist anymore. That was really cool,” said PokerStars Pro and Twitch streamer, Jaime Staples.

Keep reading GutshotMagazine.com for a daily update on poker stories from around the world.