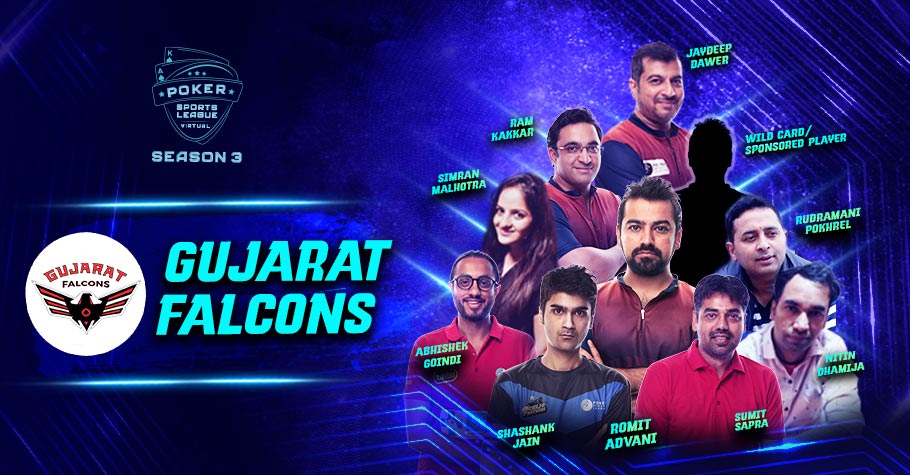 PSL’s Gujarat Falcons – A Star Team To Look Forward To

Poker Sports League (PSL) is India’s premier poker event which has been known for the innovation that they bring to this industry. PSL Season 3 Virtual is one such highly anticipated tournament. This time, the league takes place between eight teams of ten players each that compete for INR 2+ Crores. It is designed in a manner that the team consists of ten enthusiastic individuals that give nothing but the best.

This is one such team that has some of the top-notch players. The franchise comprises Jaydeep Dawer, Premnath Kasinath, and V. Ramakrishna (Team Owners), Romit Advani (Captain), Shashank Jain and Sumit Sapra (Pros), Simran Malhotra and Ram Kakkar (Online Qualifiers), Rudramani Pokhrel and Nitin Dhamija (Hashtag Qualifiers). Other than the ten players the wild card player is Abhishek Goindi and there will be one more sponsored player (not announced yet).

Starting off with the team owners, Dawer has been one of the strongest supporters of this industry. He has been associated with poker for a decade now as his career as a player is flourishing and soaring. Kasinath is the founder of Point Perfect Technology Solutions, which specializes in Software Product Development. The last team owner is Ramakrishna, the Trustee of the SNR Sons Charitable Trust. The Captain of this ship is Romit Advani, a star poker player who has been in the industry for quite a long time now. Advani holds several acclaimed titles and is also a regular at the India Poker Championship tournaments, World Series of Poker, Baazi Poker Tour and much more.

Check out Gujarat Falcons in action in PSL Season 2

Other than the Captain and the team owners, they also have two pros, namely Shashank Jain and Sumti Sapra. Shashank Jain’s last victory during a live setup was in October 2019 when he outshone all the other pros on the table and took home a whopping INR 15.46 Lakhs in PokerBaazi Premier League. While Shashank’s game will be extremely looked forward to, another pro that we have in the Gujarat Falcons team is Sumit Sapra. We remember writing about Sapra when he won The Millionaire a few months ago. Sumit Sapra powered through and took down the prestigious UVS #42 The Millionaire Lite INR 35 Lakh GTD on Spartan Poker. These are just one or two among the countless online poker titles that Sapra has won to date.

The team of Gujarat Falcons already seems to be charged. As for their wild card player, it is a player no lesser than anyone in the industry currently. Poker Pro Abhishek Goindi is a player that needs no introductions. From winning lakhs on a weekly basis to running (Co-founder) India’s premier poker Bootcamp, Goindi has several feathers to his hat. We also featured Goindi in our November e-magazine. You can take a look here!

PSL’s Season 3 Virtual finale will take place on 19-21 February . Unlike the previous years, PSL’s digital version will have 8 teams. When quizzed about the teams and investment for the virtual leagues, Pranav Bagai, CEO and Co-Founder of PSL said, “Team owners have started to show greater interest, that has eventually been a bonus. Online poker tournaments are something that’ll just keep growing.”

Gutshot looks forward to watching these pro players work their charm. Wishing the Gujarat Falcons a great event ahead. To know more about other teams of the PSL Season 3 Virtual and PSL’s progress during the pandemic, continue reading GutshotMagazine.com. 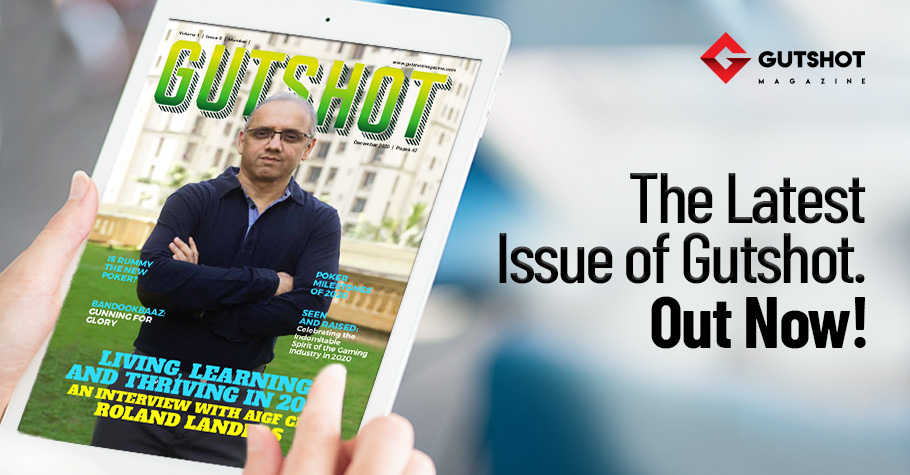 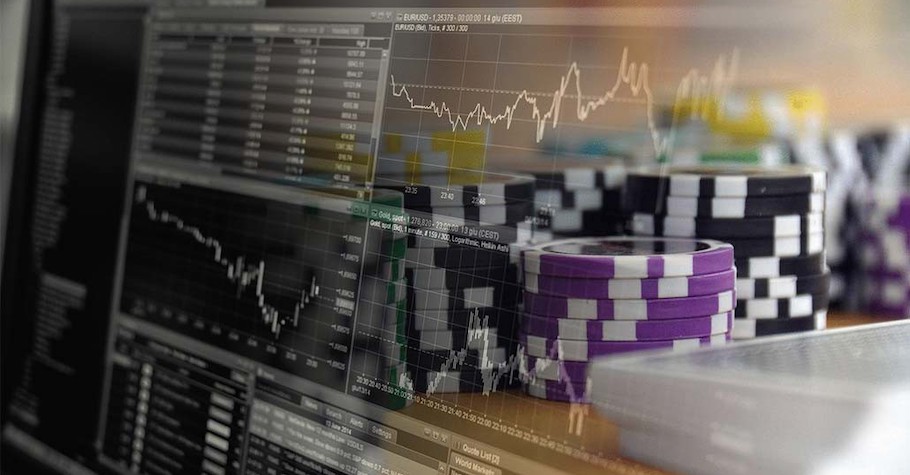 Can Poker help with decision making?