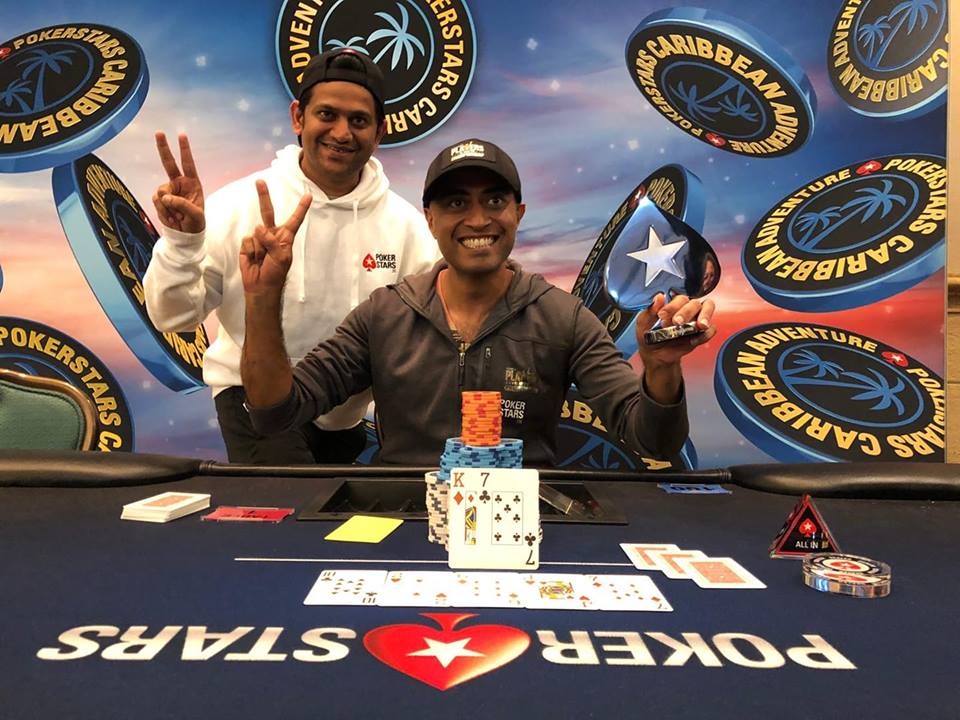 Eight Indian players embarked on a journey to The Bahamas earlier this month, each winning a $30,000 Platinum Pass from PokerStars, with which they would be eligible to play in the PokerStars Players Championship (PSPC) and stand a chance to win from a $25+ million prize pool.

Unfortunately, none of our Indian players cashed in that prestigious tournament which turned out to be the largest $25k buy-in tournament in the history of poker. However, that doesn’t mean they couldn’t or wouldn’t play in other tournaments lined up at the PokerStars Caribbean Adventure (PCA) series.

Ramandeep Gujral was one such player who represented Team India and he ensured he has a profitable and memorable trip. Earlier in the series, he cashed in 62nd place at the $1,100 PCA National, and now, he’s made headlines by taking down Event #32: $1,100 – All Players Are in The Money.

This is a massive victory not just for Gujral, but for India as a whole, as the game of poker tries to get acceptance around the country. Gujral beat a strong field of 406 entries that included 56 re-entries and was contested by some of the best players around the world.

The final ten in the tournament also saw players from nine different countries, so Gujral did fantastically to ensure the Indian flag was waving high in Bahamas. In heads-up, Gujral beat Ukraine’s Artem Zverkhovskyy who is an accomplished player with over $300k in live winnings. 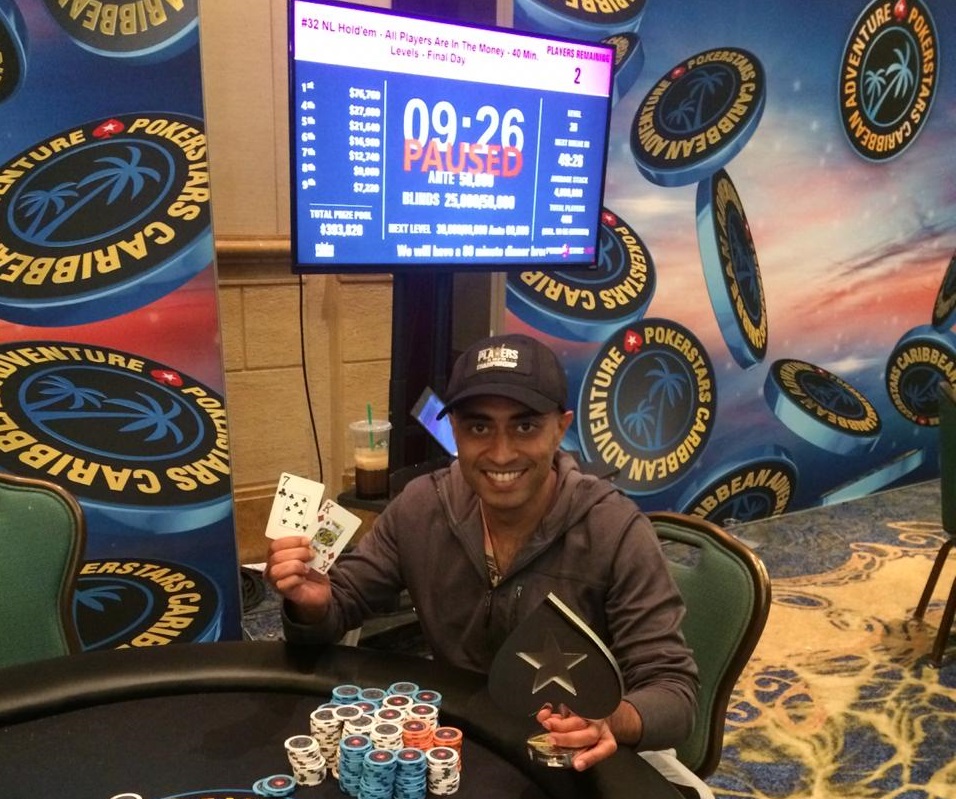 The final hand saw Gujral’s Kd7s hit a pair of sevens on the board to emerge victorious and take home that enormous bankroll addition. As for Zverkhovskyy, he had to settle for $48,440 for finishing second. The tournament came to an end in Level 26 with the blinds at 30k-60k/60k and Gujral enjoyed the biggest share from the $393k prize pool. Gutshot caught up with Gujral after this spectacular victory and asked him a few questions.

How does it feel emerging victorious among a field that included players from every part of the world?

It feels good. I’m not an emotional guy, generally speaking. When shit happens, I usually am not disturbed much and when things go well, I tend to stay grounded. What I take back with me from this PCA event is just a conviction that there is a lot more to learn. While playing in the $25k event, I got to play with some very good players from all over the world. I realised that there is still a big gap to bridge between their skill levels and mine. If I want to be at par with them, I need to put in a lot more volume.

What was the turning point in the tournament for you?

There wasn’t any turning point as such, but one big pot between the guy second in chips and me where I flopped a set over set meant that I reached 3-handed with more than 80% of chips in play. From there, it was easy to finish the job.

What were the reactions from the other Indian players railing?

Most of Team India is already back in India. Only Kavin (Shah) and I are still here. He also cashed in the same event. PokerStars has been incredibly supportive before and during this event and it feels like we let them down by not cashing in the PSPC. This tourney win is kind of a redemption for Team India.

Any plans for this prize money?

No plans. Existence makes a plan far more intelligent than I can make. I rather just go with the flow.

This victory in Bahamas comes just a day after another Indian pro Abhinav Iyer emerged victorious in the Main Event of the APT Kickoff Vietnam 2019 for a prize in excess of INR 69 Lakh. We at GutshotMagazine.com will continue covering such major Indian victories in international poker locations, so stay tuned for all the latest updates.