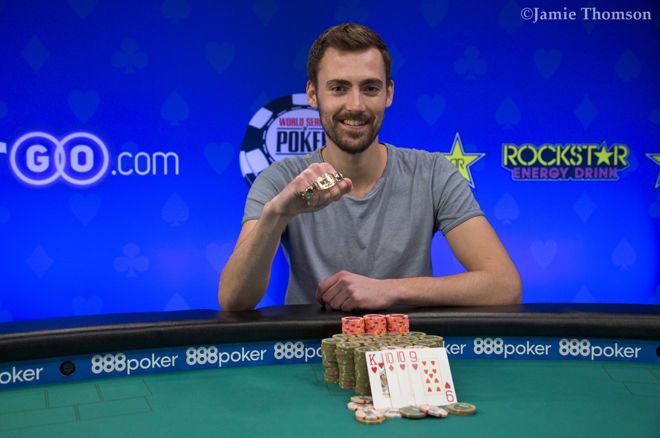 Here’s a poker player from Amsterdam, Netherlands, who has been around the live poker circuit for around five years now. Ronald Keijzer was looking for bigger gains from poker this year and decided to fly down to Las Vegas for the 2018 World Series of Poker. We’re sure he will be happy with that decision now.

“I’m very happy. I love PLO tournaments and I came to Vegas especially for that. It was really fast. I joined the table with 1.8 million and in 20 minutes, I had 4 million… I think my position on the table was just very good with my stack, the other stacks, and a lot of ICM pressure,” said Keijzer about this win.

It was a tough final table to deal with, with the likes of Scott Bohlman finishing third, someone who has as many as 11 cashes including a gold bracelet in WSOP 2018. Earlier in this event, three Indians in Akash Malik, Navkiran Singh and Girish Sampath also cashed out in this event.

With this win, Keijzer not only bagged his biggest live score and his first gold bracelet, but he also became only the fifth Dutch player to receive a WSOP gold bracelet. The 26-year old is a huge fan of playing cash games back home but after this win, he may consider more trips to Vegas in the future.

Keep reading GutshotMagazine.com for similar reports on poker tournaments from around the world.