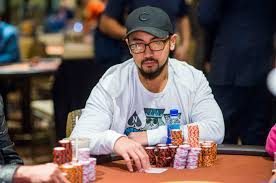 Ryan Tosoc won his first World Series of Poker bracelet on Saturday. The poker pro from Chicago bounced back from a sixth-place finish in the $25,000 pot-limit Omaha high roller 10 days ago to win the $1,000 no-limit hold’em online championship. He defeated a field of 1,180 players with 455 rebuys to earn $283,778 and his first WSOP title.

Tosoc’s first title didn’t come easy. He battled for the entirety of the 15-and-a-half-hour tournament under the handle ‘toosick’ and squared off against Anthony ‘flawlessbink’ Maio heads-up for nearly two hours. Their match saw several lead changes and lasted just shy of two hours, one of the longest heads-up matches in online bracelet history.

It’s Tosoc’s first bracelet, but he’s no stranger to the spotlight. Tosoc is about seven months removed from a $1.9 million score from a win in a major tournament here in Las Vegas. The previous year, Tosoc finished second in that same tournament for another seven-figure score.

Coming to the last online bracelet event, Chance Kornuth became the second player in the short history of World Series of Poker online bracelet events to win a bracelet live and online. The Colorado native and Las Vegas resident won the $3,200 WSOP.com online high roller event in the early hours of Sunday morning. He defeated a field made up of 356 players with 124 rebuys to earn his second bracelet and $341,598. 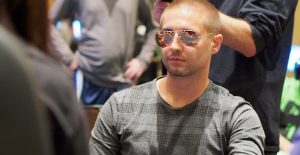 Kornuth, a poker pro and one of the founders and coaches of Chip Leader Coaching, won his first bracelet in 2010 in the $5,000 pot-limit Omaha. He joins Indian origin player Nipun Java as the only online winner to also have a bracelet in the live arena. Last year, Java was a part of the $1,000 tag team win which he won with Aditya Sushant, and then won the $1,000 online championship weeks later.

His win in the online high roller event wraps up the 2018 WSOP’s online bracelet events. It was the fourth and final event on the online schedule.