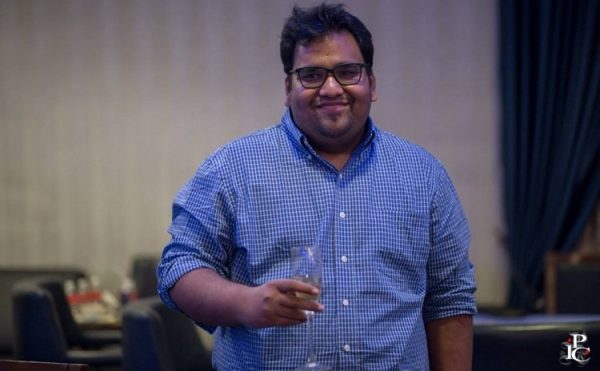 This month’s Mega Suits tournament took place on 14th January and it was Sahil Agarwal who was victorious, playing under the name ‘Bhaijiii’.The tournament was a milestone one for Adda52 as they saw a record field of 742 entries which Agarwal had to beat, to get his hands on the prize of INR 10 lakhs.

The event, which started at 8pm, went on for almost 8 hours and ultimately, it was ‘thegrinder’ who joined ‘Bhaijiii’ in heads up. ‘thegrinder’ had to settle for the runners up prize of INR 6.2 lakhs, in this tournament where a minimum of INR 14,000 was to be paid out to the top 45 players.

The blinds were running at 30,000/60,000 when we arrived at the final hand of the tournament. ‘thegrinder’ held 6-J and moved all-in pre-flop. ‘Bhaijiii’ called holding A-2 and the board opened 4-8-7-Q-10, providing no additional assistance to both players and giving ‘Bhaijiii’ the win with high card A.

Gutshot had a word with Sahil and here’s what he had to say:

Q. How do you feel winning the Mega Suits tournament?

I feel great. I’ve had a lot of final table finishes but closing one out is always special, that too a tournament of such magnitude.

Q. Describe some of the key hands of the tournament.

I played solidly and gave up marginal spots because people seemed to be in some hurry of winning the tournament. On the final table, I went all-in with QQ and he had AK. That was for almost all the chips. After winning that hand, I was pretty sure I was winning the title.

Q. What do you enjoy the most about playing on Adda52?

Adda52 has come a long way, fixing the glitches they had when it comes to tournament play. Kudos to them! The Megas Suits was a very well structured tournament and I am now planning to play all the Go Crazy Tourneys on Adda52.