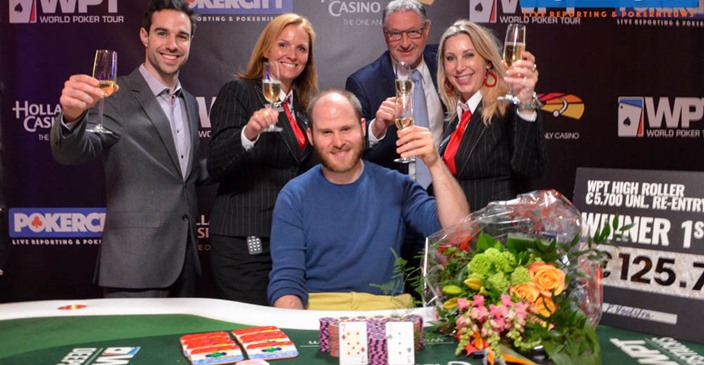 The 29-year old Canadian poker pro Sam Greenwood is in the news once again, having recently beaten a field of 65 entries to win the €6,000 WPT Amsterdam High Roller Event. The event took place between 19th and 21st April at the Holland Casino in Amsterdam, with a total prize pool of €359,385 ($444,767).

The WPT Amsterdam series was one of the stops of the 16th season of the WPT (World Poker Tour) Main Tour, and we reported news of Rens Feenstra winning the Main Event last weekend. Greenwood had some tough competition in the High Roller event, but he did well to win the tournament and take home his third high roller title of 2018.

The final table also included the pro Rainer Kempe, who has recorded over $15 million in live cashes. However, it was Dutchman Clyde Tjauw Foe who reached heads up with Greenwood. The latter began the day as chip leader and went into heads up with a massive lead as well.

Tjauw Foe, who had a little over half a million in live cashes, was not as experienced as Greenwood and it was not too long before he lost the heads-up battle. In a sick final hand, Tjauw Foe held 9-7 against Greenwood’s &-3. With 7-7-3 opening on flop, the local boy completed trip 7’s but Greenwood bettered it with a full-house and claimed the title!