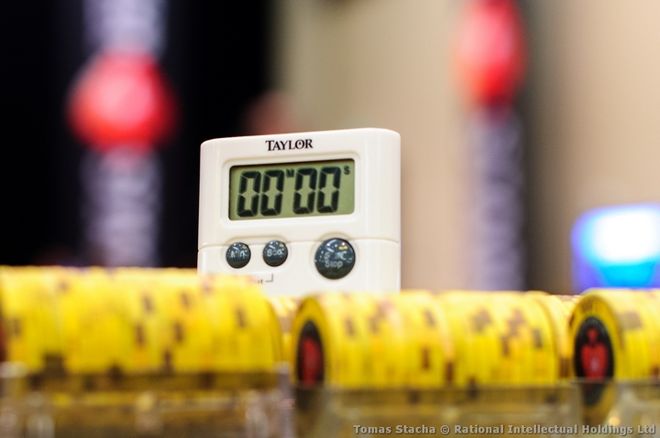 Shot Clocks Will Debut at WSOP 2018

The World Series of Poker (WSOP) is an annual series of poker tournaments that has been taking place in Las Vegas since decades. Originating in 1970, the WSOP has been held every year since and the 49th season is scheduled to take place between May 29th and July 17th 2018, at the Rio All Suite Hotel and Casino in Las Vegas, Nevada, USA.

As per tradition, the winner of each event wins a WSOP bracelet to go along with the prize money based on the buy-ins and entry fields. Last year, the WSOP had 74 bracelet events while WSOP 2018 is scheduled to have a record 78 bracelet events. No one will forget Scott Blumstein’s win of a whopping $8,150,000 (~INR 52 crore) at last year’s WSOP Main Event.

The schedule for WSOP 2018 was announced in December last year and you can get more details about it here. A few changes are introduced each year and this time is expected to be no different. A recent announcement on Twitter has revealed that there will be a big blind ante and shot clock during play at the high buy-in events of WSOP 2018. See the tweets: 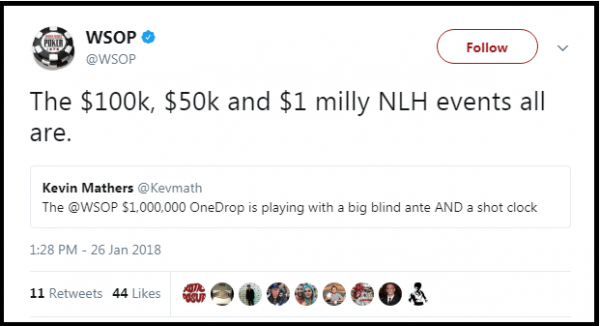 WSOP social media manager Kevin Mathers initially broke the news on Twitter followed by WSOP confirming it and naming the events that will feature a big blind ante and a shot clock. High roller tournaments at the ARIA were the first to implement the big blind ante and now an increasing number of tournaments are using the concept.