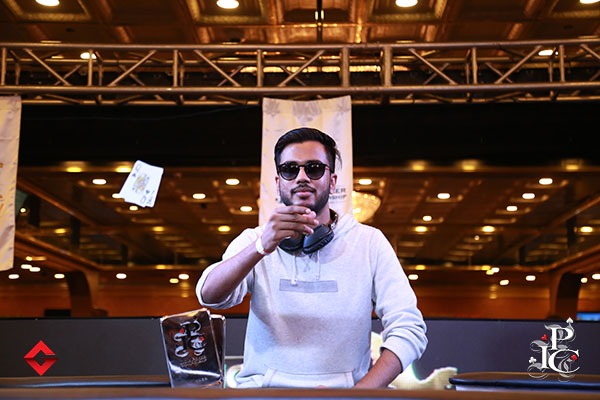 The last 24 hours has been an amazing ride at the India Poker Championship (IPC), having yesterday attracted a record field of 437 entries in the 10k Freezeout Event, from which 52 finished in the money. The massive turnout meant that we couldn’t play down to a winner on the opening day, going into an unofficial second day.

Haresh Kukreja was the overnight chip leader among the final nine players and he consolidated that lead early on today, busting out Shane Hodges and Kanishka Samant in the first hand of the day itself. Bust-outs continued over the course of time and soon, Kukreja himself was sent to the rail by Siddharth Mundada, who became our eventual winner.

Mundada has been proving himself as a live player in recent months, having recorded 5 cashes at WSOP 2019 in Las Vegas, with total career cashes of $24k. However, this win in Goa became the largest of his live poker career, earning INR 8,80,000 for this victory, his first major live title too.

In heads-up, he was up against Nikhil R, another player who had done brilliantly since yesterday. However, Mundada went into heads-up with a chip lead or nearly 5:1 and it was always going to be difficult for Nikhil to make a comeback from there. Eventually, the 27-year old Mundada emerged winner while Nikhil had to settle for the runner-up prize of INR 6,17,000. 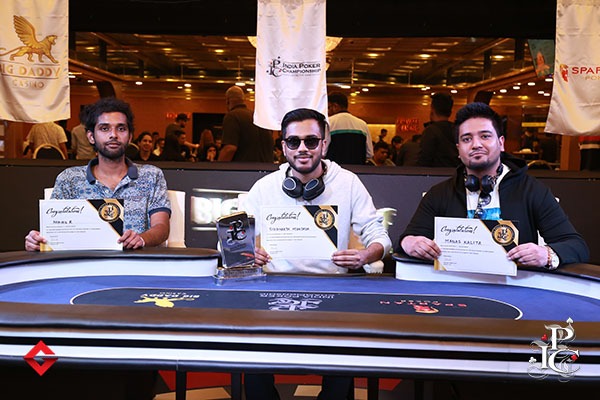 The extra day meant that the tournament wrapped up just before the IPC 100k Highroller could begin. Mundada was taken away by photographers and for interviews but he was eagerly waiting to register and jump into the HR. He’s been doing well in live poker recent months and could end up running deep in the Highroller too.

For more updates from that tournament and others happening at the Big Daddy Casino in Goa, stay tuned to GutshotMagazine.com.