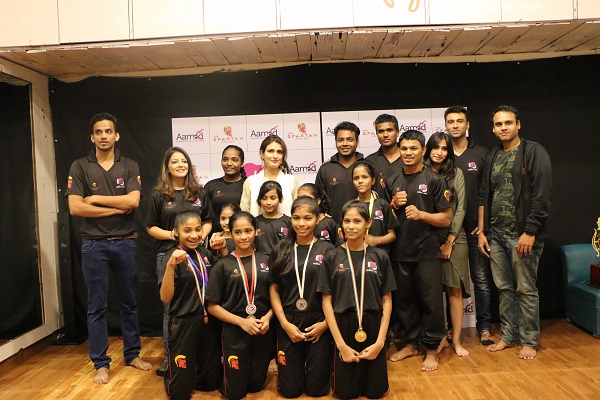 The Spartan Poker is India’s leading and most trustworthy online poker gaming portal, and the company has always believed in giving back to society. They have been associated with many NGOs and charitable foundations in the past, while also recently hosting a special tournament on Sunday, the revenue from which went towards the Kerala Relief Fund.

They have been closely associated with MukkaMaar in the past, an initiative that aims to empower girls through free martial arts and self-defence training, started by actress, entrepreneur and social activist Ishita Sharma. Just yesterday, the team celebrated the success of the MukkaMaar girls at a recent district-level Wushu competition. 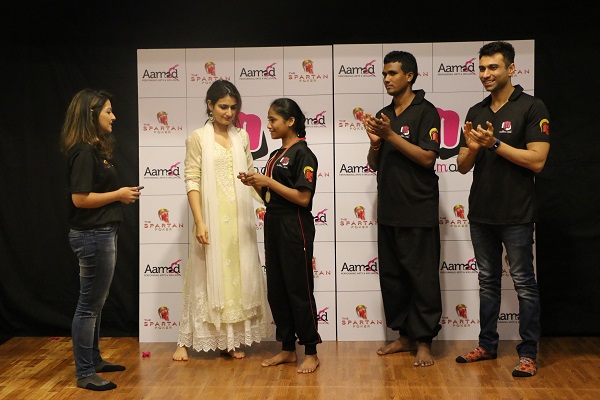 The girls participated in the 10th Mumbai City District level Sub-Junior, Junior and Senior Wushu Championship a few days back, and 14-year-old Sheetal Jaiswal won a Gold in the Sub-Junior category, while Mehek Shaikh and Pooja Jhadav won Silver and Bronze respectively.

The Spartan Poker team was also present at the event, where these girls were felicitated and presented their respective medals and team trophy by Bollywood actress Fatima Shaikh, most famous for playing Geeta Phogat in the blockbuster film, Dangal. She will also be seen in upcoming film, Thugs of Hindostan. “Winning or losing is not important but striving hard for perfection and aiming to be the best is necessary”, said Fatima, in a motivational speech to these girls and their parents.

“We have come a long way from 2016, and grown from 5 girls to 1500 today, with presence in more than 10 MCGM schools, in English, Hindi, Marathi, Urdu and Telugu medium. Last year the girls made it to the State Level, and this year we are aiming at Nationals. I owe so much of our initiative’s success to our strongest supporters, Mr. Amin Rozani and The Spartan Poker, they have believed in the cause, and have helped us tremendously. For the girls, it was a dream come true to receive their medals at the hands of Fatima, who has been their idol since Dangal,” said Ishita Sharma, MukkaMaar Founder.

Amin Rozani, The Spartan Poker co-founder and MD, also commented on the event, saying, “We are glad to have been a part of this initiative, as a brand and an individual, I am proud to extend our support to MukkaMaar. The initiative has gone above and beyond to educate women and girls in self-defense via self-defence training, from the Versova Beach to Municipal Schools, Ishita and her team have left no stone unturned to help them and we applaud her efforts. I hope that with the support of Fatima Shaikh and others, the initiative grows with every year.”

It was just a few months back when MukkaMaar and Spartan jointly celebrated the occasion of Women’s Day in March, in another very successful event. Keep reading GutshotMagazine.com for similar updates on the top Indian poker companies and their contributions to society.