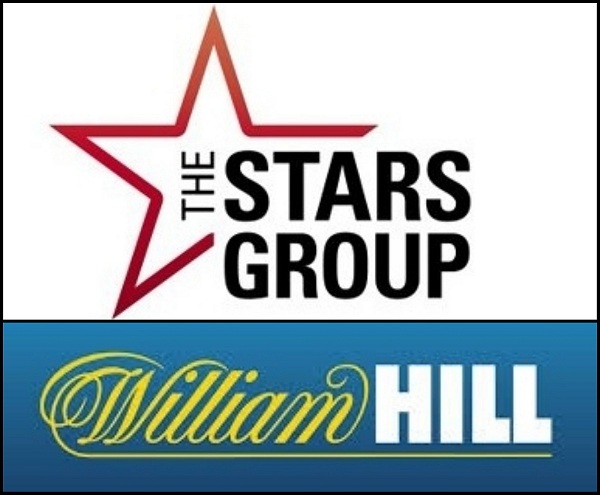 A year and a half back, the Stars Group attempted to merge with British bookmaker William Hill, but in vain. Now, they have purchased the Australian unit of the bookmaker, in an effort to reduce the reliance on online poker in Australia and provide a boost to sports betting.

A week after the announcement of the Stars Group acquiring a 62% stake in CrownBet, Australian online sportsbook, the PokerStars and Full Tilt Poker parent company has now gone on to acquire the Australian subsidiary of William Hill. The company mentioned they will be paying a combined $315 million for the following purposes:

The Stars Group has returned to acquisition mode following a few years of paying back debts due to the $4.9 billion purchase of PokerStars in 2014. “These acquisitions will further increase our exposure to the attractive regulated Australian sportsbook market and create a player of scale and clear rival to the top two operators there,” said Rafi Ashkenazi, Stars Group CEO.

The share price of Stars Group went up nearly 3% on the Toronto Stock Exchange, its highest in almost 3 years: 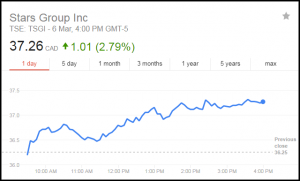 “We believe the acquisition of the William Hill Australia business gives us the scale and customers to become a leading force in the market and the tools we will need to prepare for potential positive regulatory movement in other jurisdictions,” said CEO of CrownBet, Matthew Tripp.

The Australian unit of William Hill operates licensed betting over the telephone, online and on mobile phone platforms but in January, they considered selling the division as a gambling crackdown in the country would take a toll on profits. Bet365 and Paddy Power Betfair were also linked to this acquisition but CrownBet was able to strike the deal ahead of its rivals.

“The disposal follows a strategic review of the business, launched in January after its profitability came under increased pressure due to the recent credit betting ban and the likely introduction of a Point of Consumption tax. The disposal will allow William Hill to focus on continuing to grow our UK Online and US businesses, particularly as we prepare for the decision on the PASPA appeal due in 2018,” said Philip Bowcock, CEO of William Hill.

Keep watching GutshotMagazine.com for all further updates on this story!