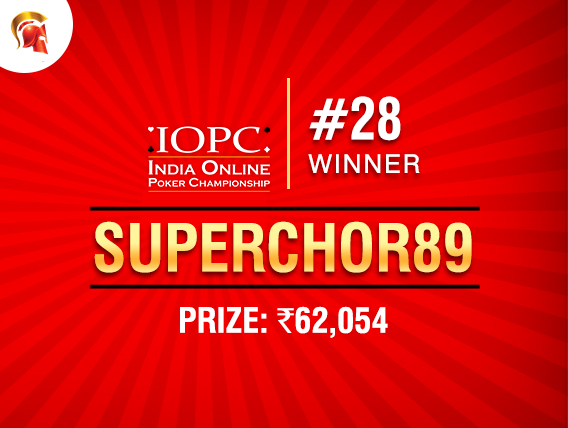 Day 6 of the India Online Poker Championship (IOPC) on The Spartan Poker began with Farukh Shaikh winning the first tournament of the day. The focus then turned to IOPC Event #28 INR 2.5 Lac GTD (660 RE) which kicked off at 4pm IST, with every poker player in the country having their eyes on the IOPC Leaderboard, where a Jeep Compass is being given away to the top finisher.

This afternoon tournament saw a participation of 489 entries and like we’ve seen so many times in this edition of the IOPC so far, the guarantee was broken once again, and a new prize pool of INR 2,93,400 was created. This allowed the top 31 players to be paid out a minimum cash prize of INR 2,581.

After a few hours of grinding, it was Amarjeet Gandhi aka ‘superchor89’ who shipped the tournament, beating this field and taking home a prize of INR 62,054 for first place. However, it was not until Level #42 that this tournament came to an end, with the blinds then running at 16,000/32,000 – 4,000.

Finishing in second place was ‘Esrr’ who also took home a decent prize of INR 41,780. He had 1,468,381 in chips when the final hand took place, as compared to superchor89’s 2,443,619. The flop opened 4-6-J and both players improved their hands, with superchor89 hitting a pair of Fours with 4-Q and Esrr hitting two pairs – Jacks and Sixes.

The turn opened A and Esrr maintained the lead. However, it was another victory gained on the river, just like we had in the first tournament of the day. Q was the final community card to open and superchor89 hit two pairs as well, with his Queens and Fours being superior to his opponent’s Jacks and Sixes. 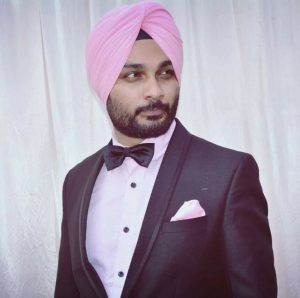 We caught up with Gandhi after the win. He said, “It’s Always a special feeling winning a tournament. IOPC is little more special because it probably has the toughest field with all the PROS participating in all most all the Tournaments(small or big).I would like to thank Spartan for organizing such events and wish them all the very best for the future.”