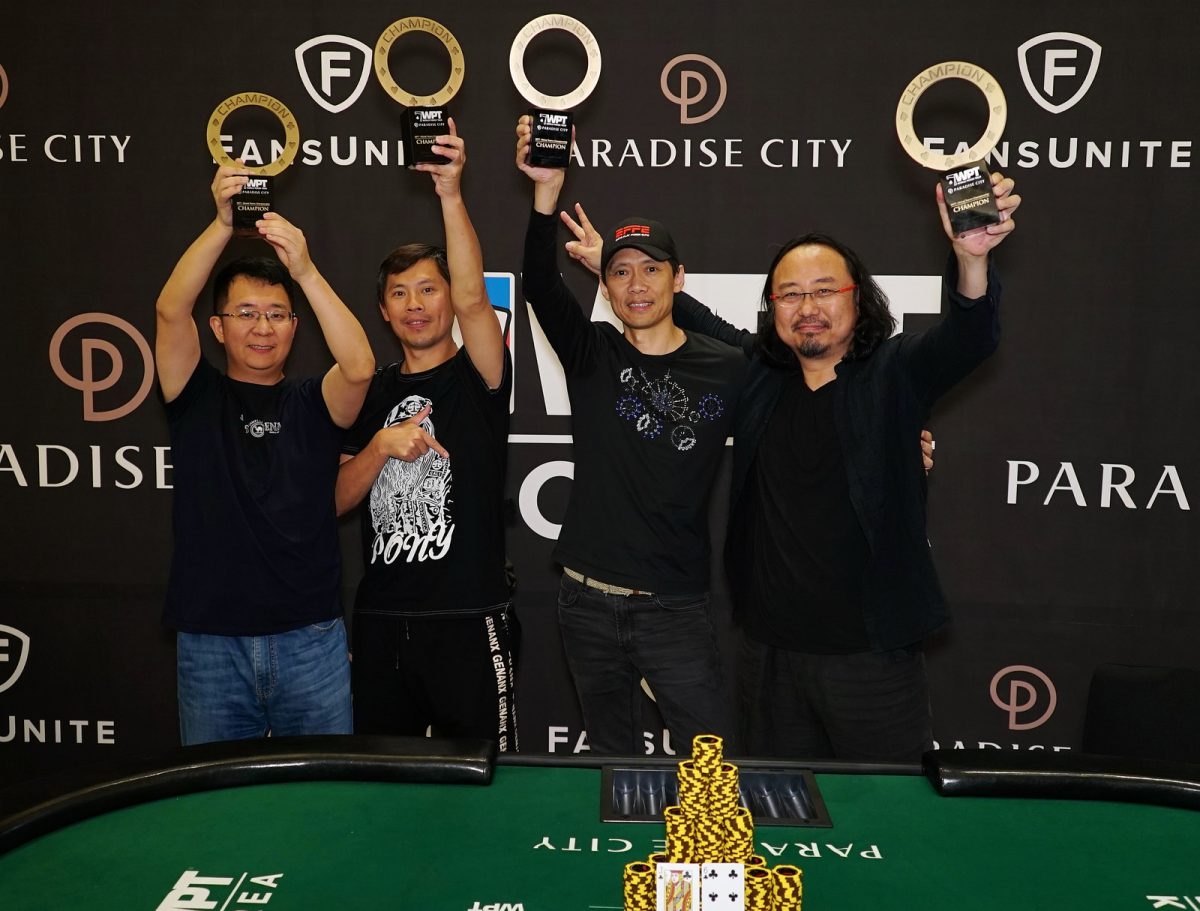 The first ever WPT Global Teams Event took place at the Paradise City Casino in Incheon, South Korea between 19-21 September. The 3-day event ended yesterday after a thrilling battle between teams of four members each from a total of 14 different countries.

We reported two teams being eliminated at the end of Day 2. Thereafter, Team India had to play out of their skins of they wanted to not be eliminated going into the final tournament of the event. Event #5 was the Turbo Shootout and Nikita Luther finished 5th in her tournament, Kunal Patni finished 4th in his, Amit Jain finished 6th in his but Dhaval Mudgal unfortunately came 12th in his. However, the four played well during the course of three days in Korea.

Even though they bagged quite a few points, our Indian pros were eventually eliminated in 11th place, as the final nine teams went on to play the last tournament of the WPT Teams Event. Coming out on top with the most points after this tournament and taking away the top prize eventually was Team China.

As for Team China, the four members shared the prize money along with trophies to each of the participants. What’s more is that they all four won KRW 1,100,000 entries (total value ~$3,950) to play on Day 1B of the WPT Korea Main Event. Keep reading GutshotMagazine.com for more updates on the top poker tournaments around the world.